On our way to Denmark, WA we passed this huge blue marron at the side of the road.  A Big Thing that we needed to see!  During our stay in Denmark we made a trip to Walpole and made sure to stop on the way back for a closer inspection.  It’s such a beautiful blue, as is the real thing!  The Big Marron is located outside of Old Kent River Wines and although we didn’t stop in I’ve read lovely things about their food. 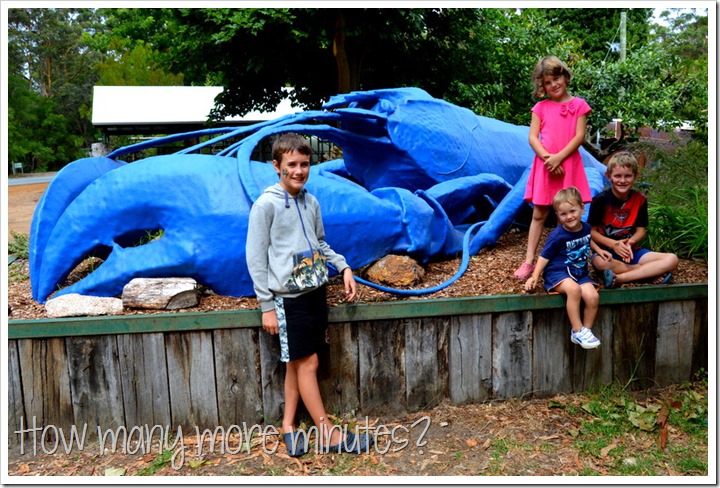 What’s funny is that I’ve seen pictures of this marron when it was painted black!  I have no idea how long ago it became blue. 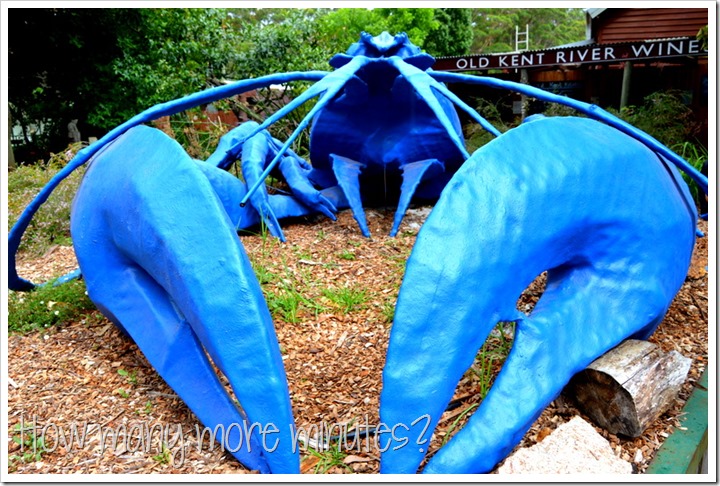 The requisite ‘Oh no, I’m being eaten by a giant marron’ pictures. 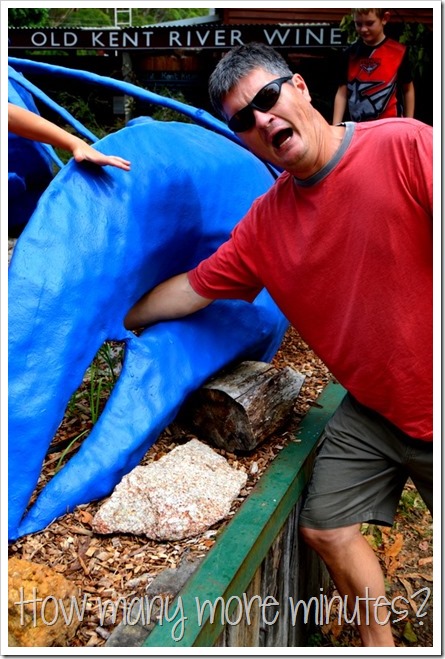 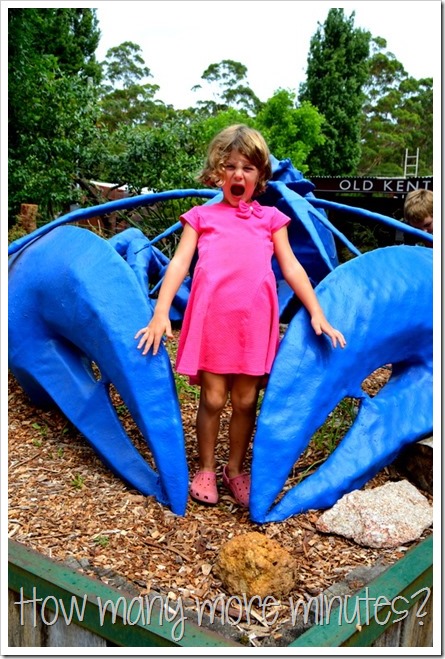 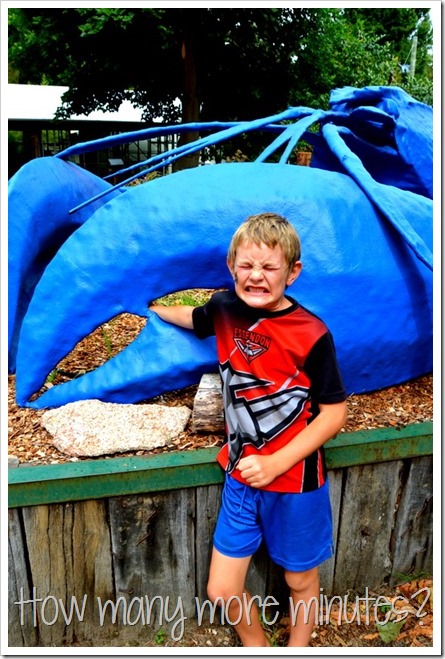 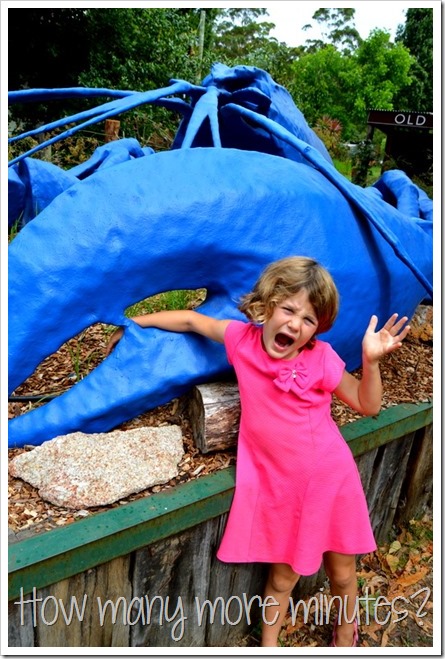 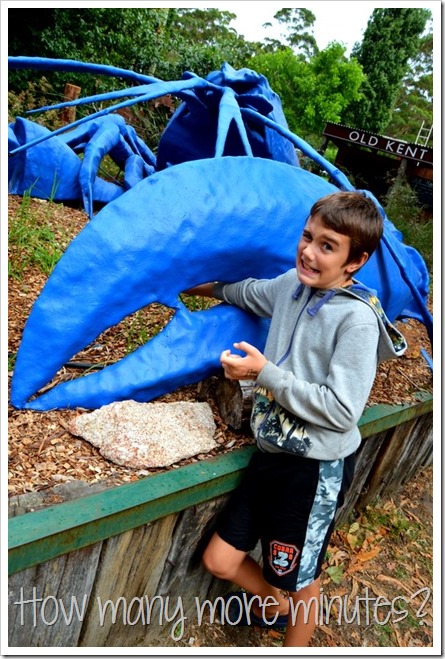 We also made a quick stop into The Toffee Factory near Denmark.  The kids were very curious about what toffee would taste like and we were hoping to see some being made through the viewing window into the kitchen.  Outside was a lovely little playhouse with a slide.  It always amazes me that even after a long day the kids have energy for these things! 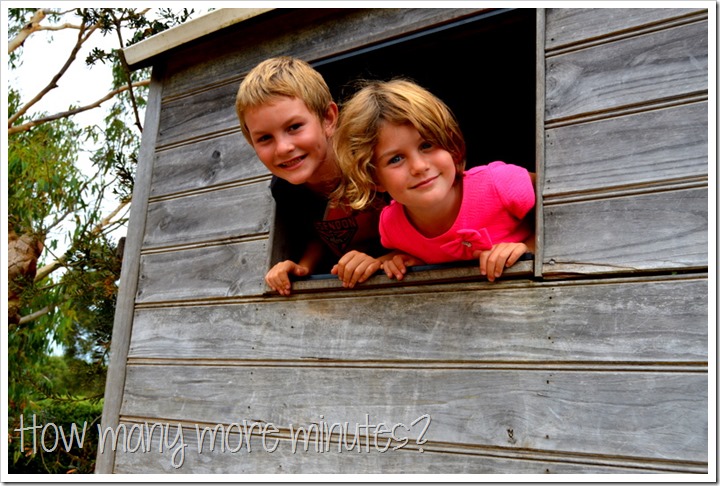 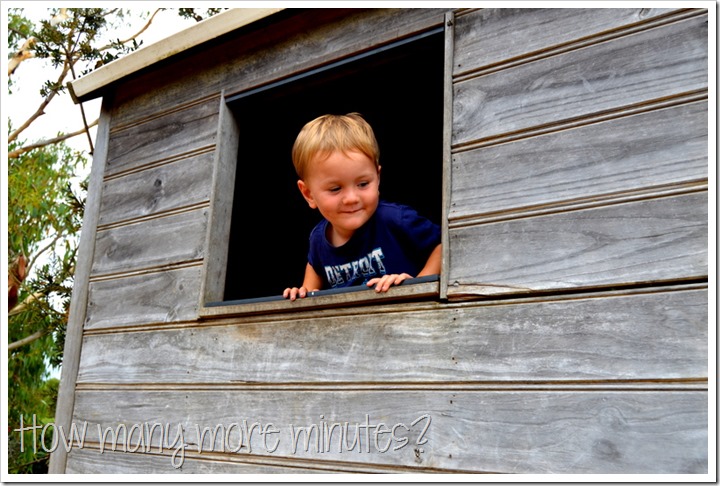 TurboBug (2.5) was especially entralled with the playhouse and kept disappearing back outside for a climb up the ladder.  Fortunately the area in front of the shop was fenced in so I didn’t have to worry about him running off. 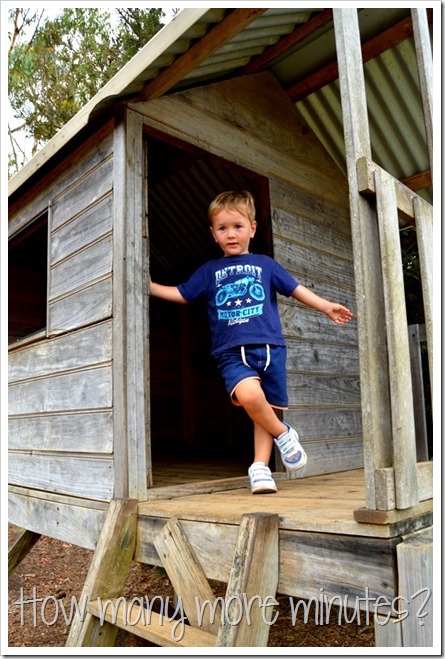 These probably aren’t ‘official’ Big Things, but The Toffee Factory is also the home of Elephants Rocks Cider.  Outside we found this big bottle of cider.  This whole southwest area of WA is home to heaps and heaps of wineries, so it’s quite different to find a cider factory. 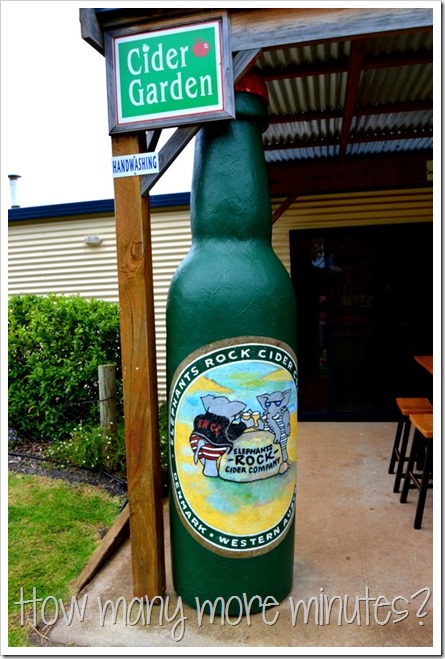 Inside we found an elephant enjoying a drink.  The elephant rocks are a geological formation near Denmark (which we later visited), thus the name of the cider. 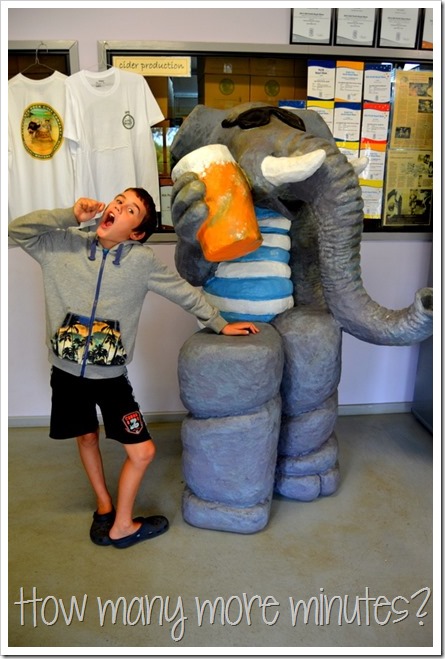 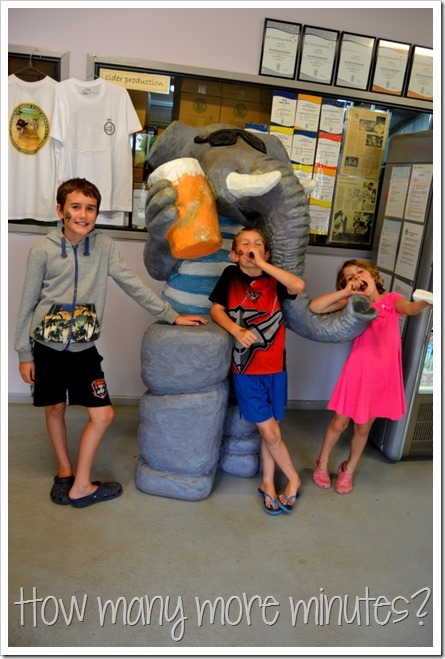 We were disappointed to find that they weren’t making any toffee when we visited, but we were there rather late in the day.  We could see that the kitchen was all clean and they were boxing up some items for shipment.  I imagine if you want to view some toffee making you’d need to be there earlier in the day.  There are some free samples for tasting, and we chose to purchase some mint toffee.  Yum! 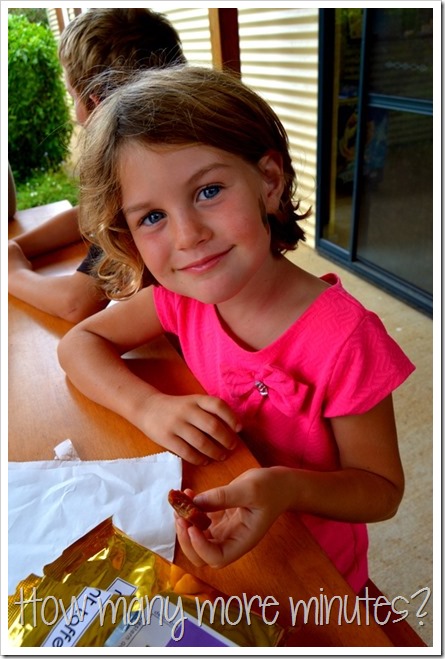 Then we were back to rainy Denmark.  We spent three nights there and it rained most of the time.  We were told it had rained quite a bit over the previous couple of weeks.  It was lovely to hear the rain on the roof again!

Several weeks ago I got some lovely Aussie temporary tattoos for the kids in anticipation...