When we started this trip we weren’t sure whether we’d visit Western Australia.  We don’t want to just rush around the country, we want to be able to stop and stay somewhere when we want to.  So we’d thought maybe we would just do up the east coast and down the middle, saving WA for a future trip.  But as we came around the top we began to realise our journey would feel incomplete if we didn’t do WA.  So here we are in Western Australia! 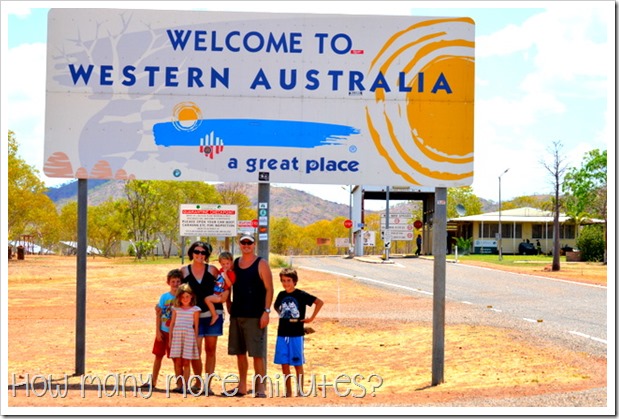 I didn’t realise it until SkeeterBug (10) pointed it out to me, but now the kids have been in every state and major territory in Australia.  JitterBug (8) argued that we didn’t go far enough into South Australia last December so it shouldn’t count.  He was overruled.  🙂 A year ago my kids had never been anywhere in Australia besides Victoria.  Wait, can I say that again? A year ago my kids had never left Victoria. 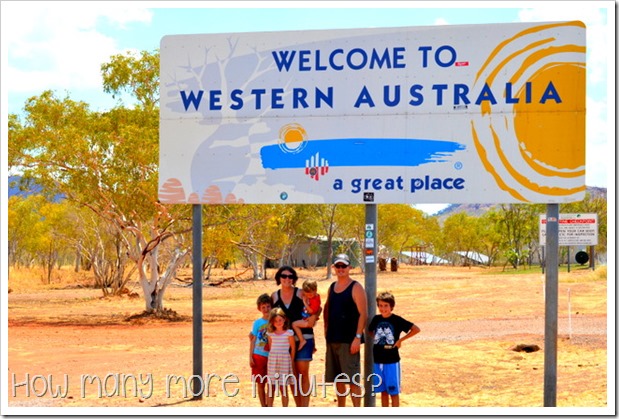 WA has strict quarantine rules.  The big one is no fresh fruit or vegies.  There’s a rest area just next to the quarantine check where we stopped to make sure we’d eaten or disposed of everything.  All the fruit stickers on this sign made me laugh, everyone eats that last piece of fruit here.  In the top picture above you can see the quarantine station in the background.  They asked us what we had and even got in the caravan and poked around in the cupboards.  We’d been through a similar process when we went to Tasmania, but this one was the most invasive thorough of any of the other states we’ve visited.  Thankfully we’d heard about it but I’m sure it takes some travellers by surprise. 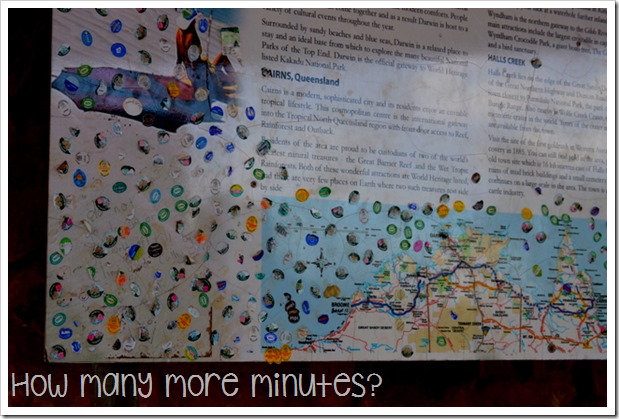 There we are, right on the border!  It will be some time before we see another state border. 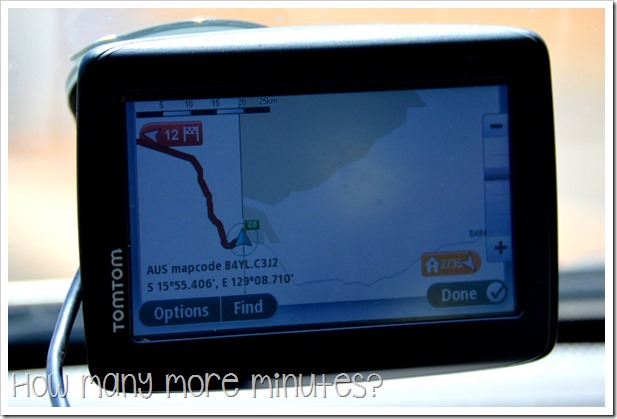 You don’t need to look at a map of Australia for very long before you realise that WA is huge.  Massively huge.  We’re planning to spend a few months making our way down the coast and around the bend, meaning we’ll be in WA for Christmas!  We’re looking forward to all the beautiful sunsets, beaches, snorkelling, gorges, national parks…the list is endless.  We’re at the end of the tourist season so we don’t have to deal with all the crowds, we just have to put up with the heat.  So lovely to be in Western Australia!