Our stay in Pemberton included visits from some lovely parrots looking for a handout.  These are Twenty-Eight Parrots, so named for their call that sounds like they are saying ‘twenty-eight’.  I think they are also known as Ringnecks.  The kids had a wonderful time feeding them when they showed up one afternoon. 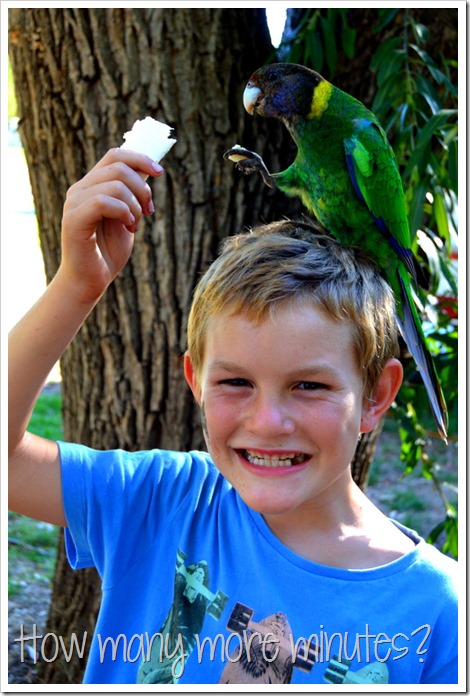 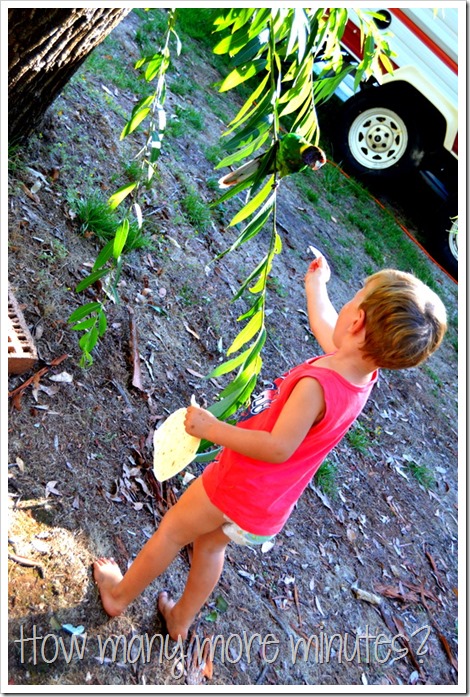 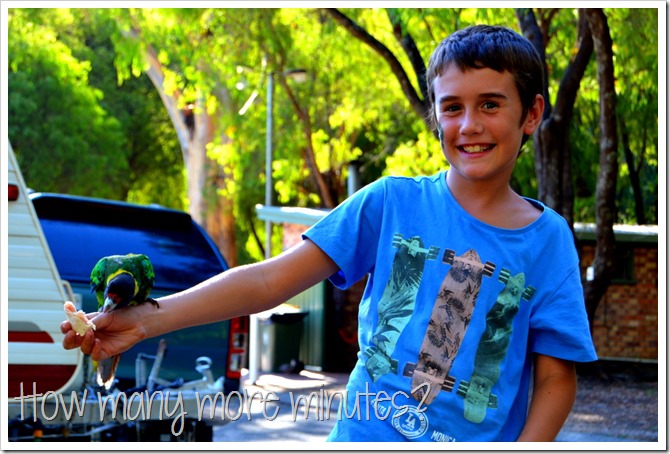 TurboBug (2.5) surprised me by remaining calm and even smiling for the camera.  Past experiences with birds landing on him have not gone so well! 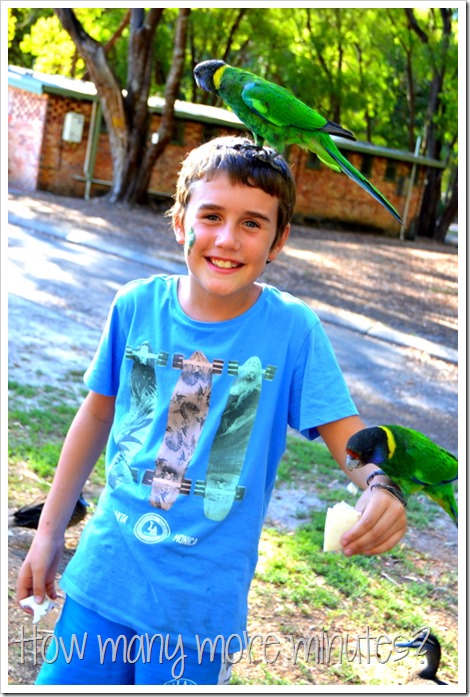 The next morning the birds were back and the kids excitedly ran outside to feed them again. 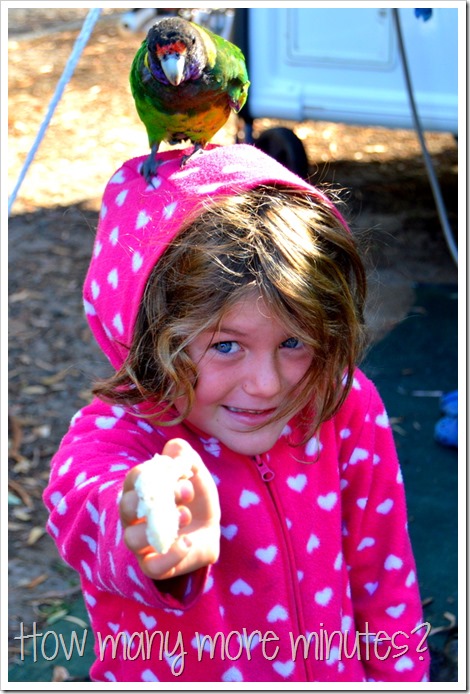 The birds were quite enthusiastic too! 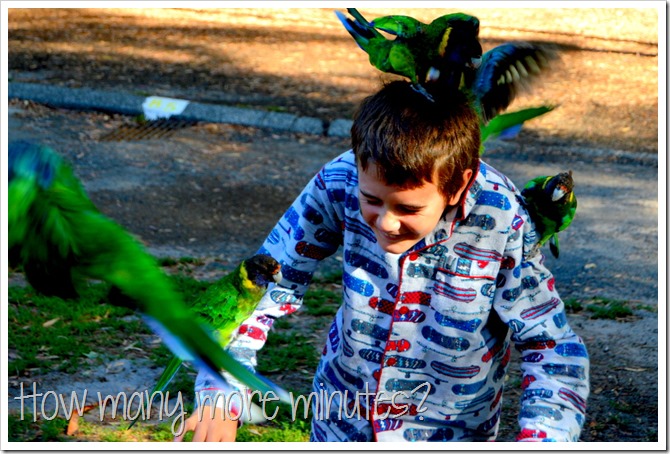 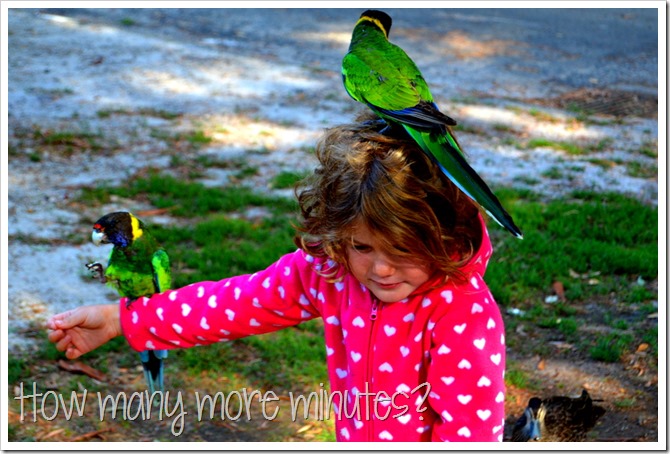 All the excitement brought the ducks over as well.  They didn’t stand much of a chance against the parrots, though.  The kids were saving all the food for the parrots.  Can you imagine ducks trying to land all over you?  Yikes! 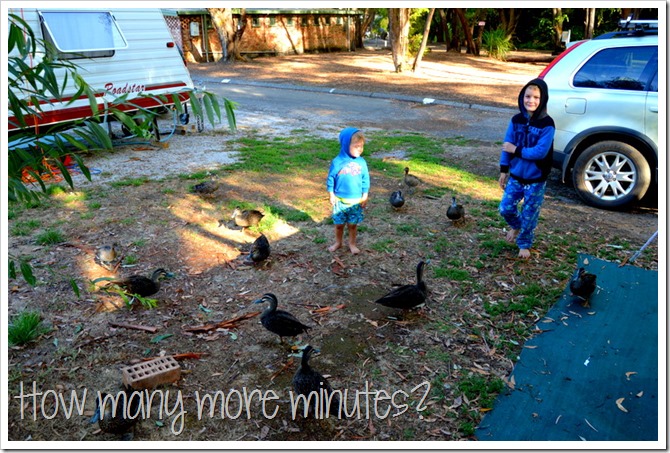 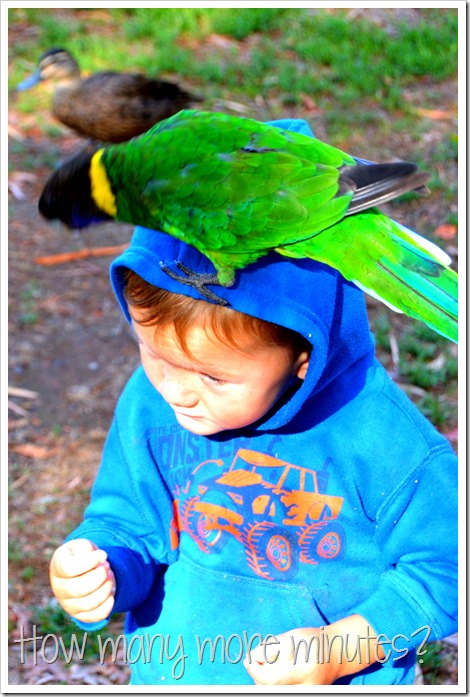 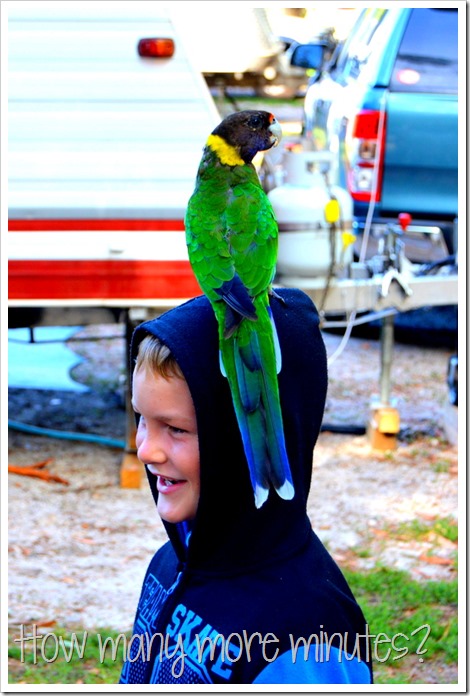 On our way out of town headed to our next stop we drove by an old train at the side of the road.  TurboBug, our resident train lover, exclaimed over it and we had to stop for a quick look.  I wish there had been some signage to tell us about it but no such luck. 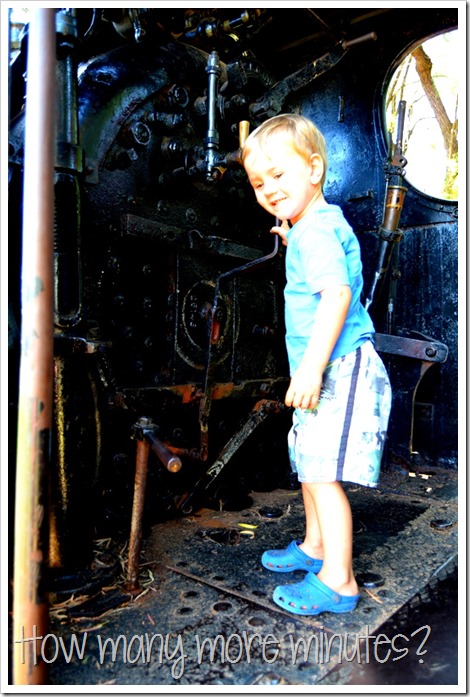 From a quick web search it looks like the SSM stands for State Saw Mill, and this engine operated from mill number seven.  It operated in Pemberton from 1960-1970 but had quite the history before that, being built in 1895. 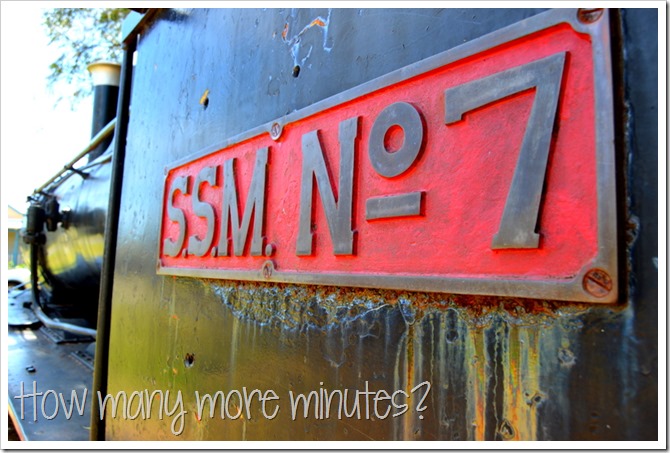 Of course the kids don’t care about the history, they just like climbing on the train! 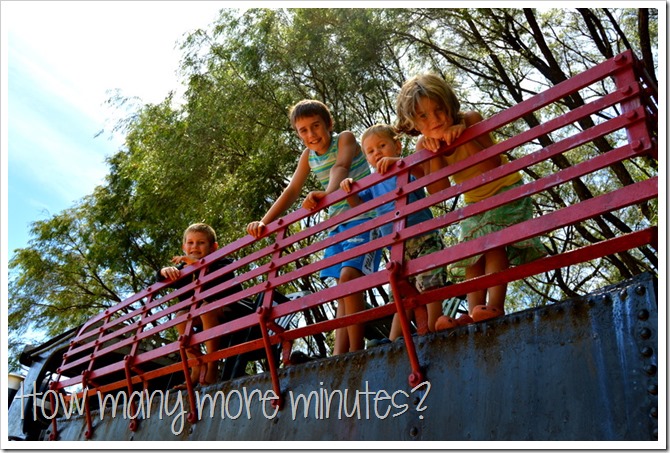 Especially this little guy.  Made his day. 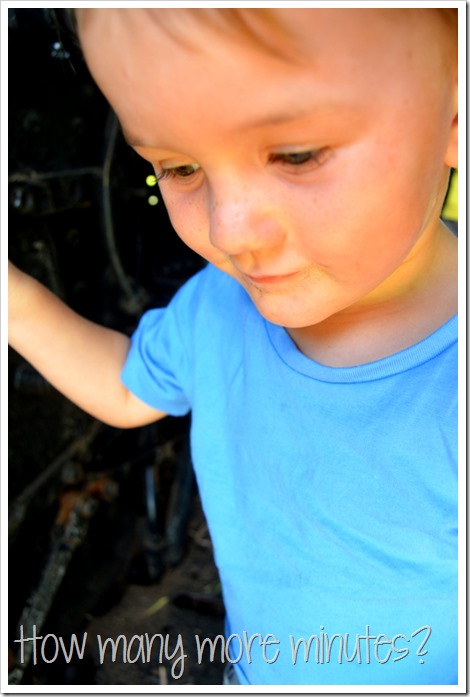 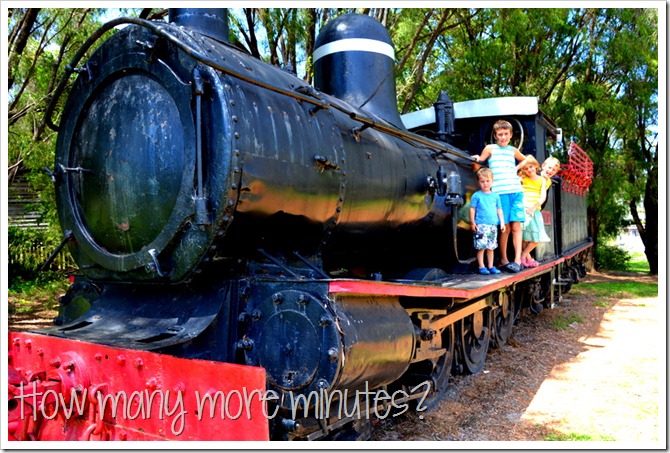 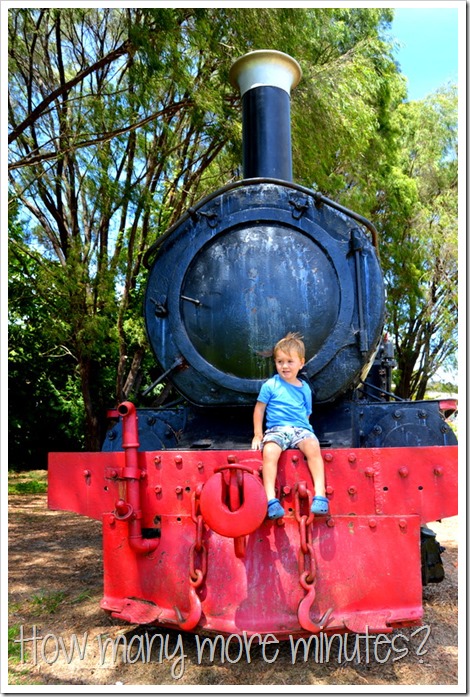 Our stay in Pemberton also included mountain biking and a swim in the pool which was really a brook.  Both were within walking distance of our caravan park.  The mountain bike park was really good with trails to suit all abilities.  Our first night in Pemberton found JitterBug playing some game with some grey nomad couples nearby.  He wandered over to watch their game (I didn’t catch what it was, something like bocce but the pieces were wood) and they ended up inviting him to join them.  They all had great fun with each other.  I love that the kids are able to mix with all ages on this trip in a way they wouldn’t at home.  They are all quite comfortable to interact with anyone we meet, a skill that I hope will stay with them in years to come. 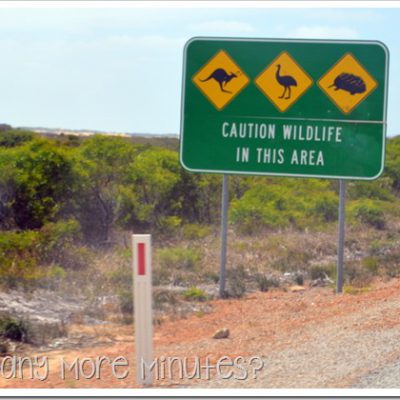 On the way back from the Pinnacles we stopped into Lake Thetis to have a...

In Western Australia there are heaps of outdoor cinemas.  It seems that every town has...