We needed an excuse to ride the ferry.  Okay, not really, but having a destination is a good idea rather than randomly riding the ferries around with kids.  So Cockatoo Island it was!  Being on the water gives you such a good view of the bridge and the opera house. 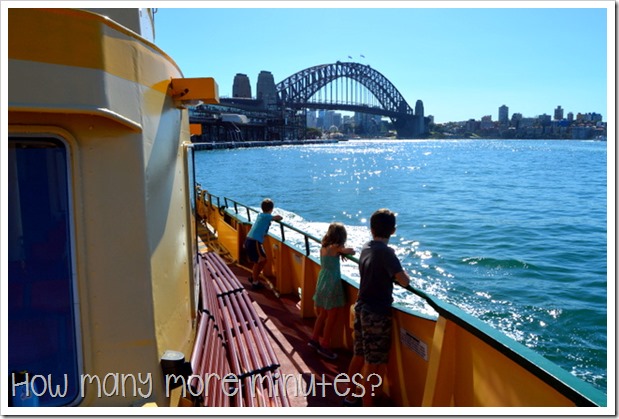 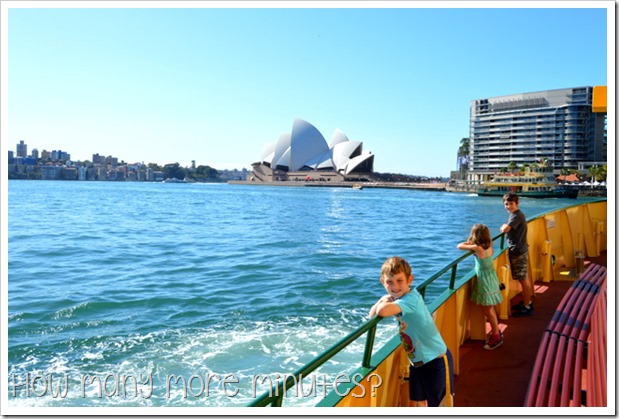 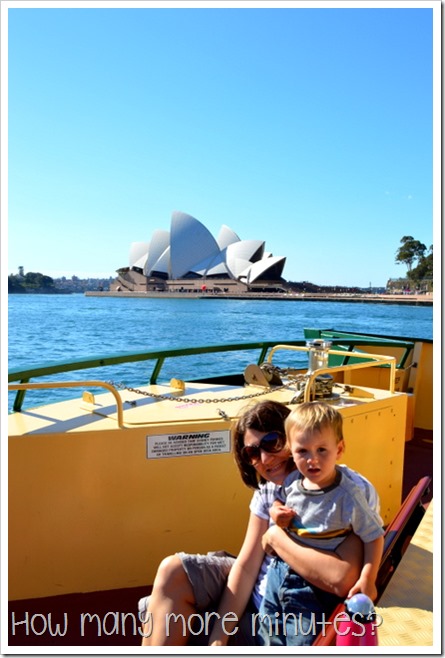 There’s a sticker or something on JitterBug’s forehead.  It isn’t your computer screen! 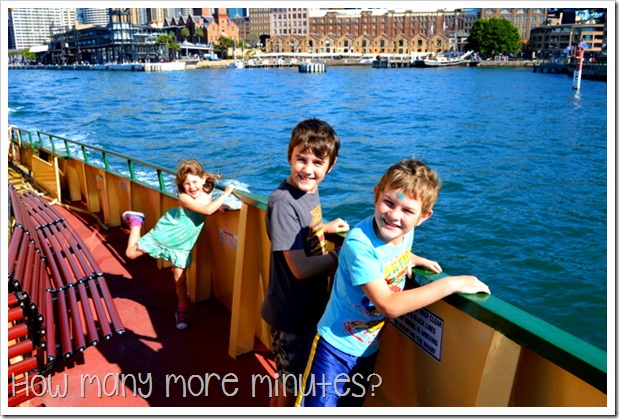 Hey, look, we were inside that pylon!  We walked across that bridge! 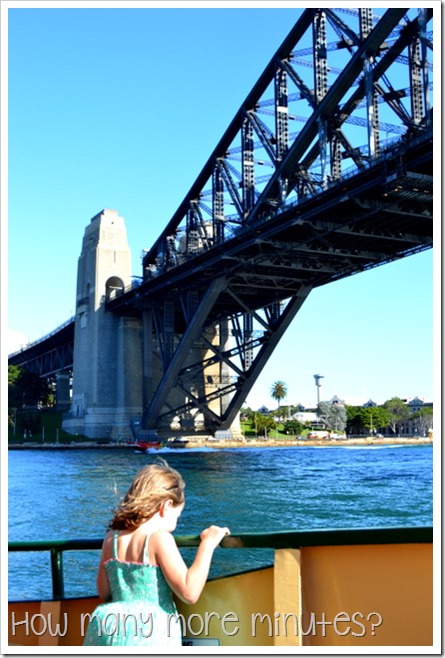 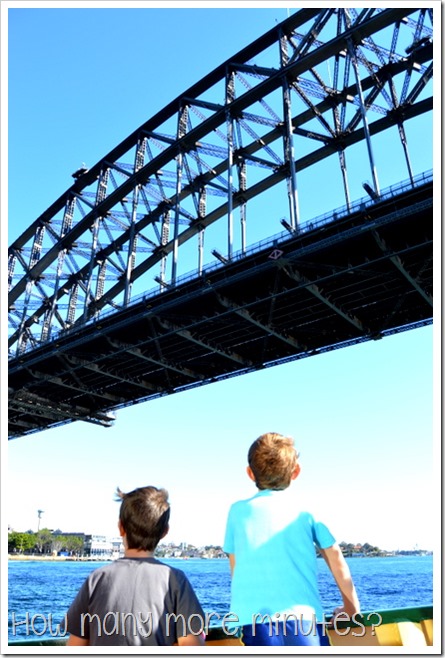 If you zoom out on this map you’ll see that the opera house is to the east.   If you zoom in you can see some of the buildings on the island.   And here we are.  It’s an island steeped in history.  Guess what it was first used for?  Remember, we’re in Australia. 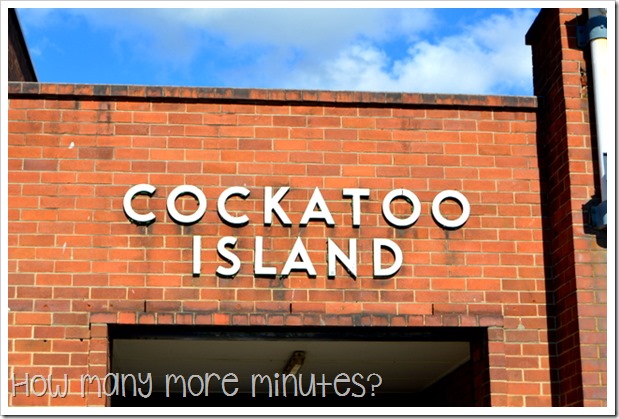 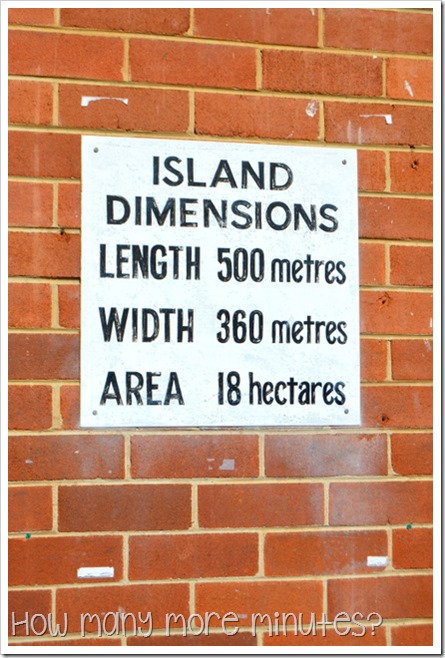 It was a penal colony, of course. 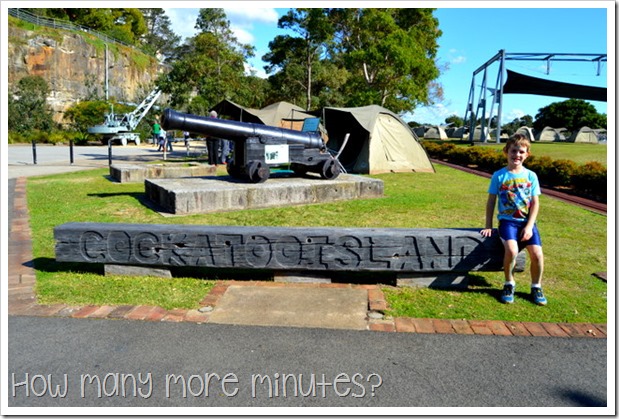 There were a couple of tunnels leading from one side of the island to the other. 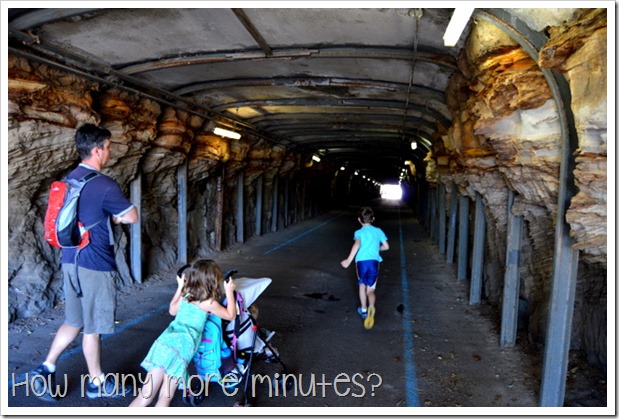 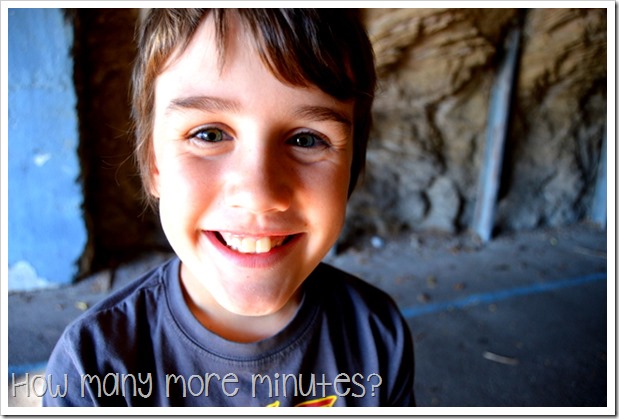 It was also a naval shipyard.  Australia’s first steel naval warship was built here.  It was the major point for shipbuilding during World War II. 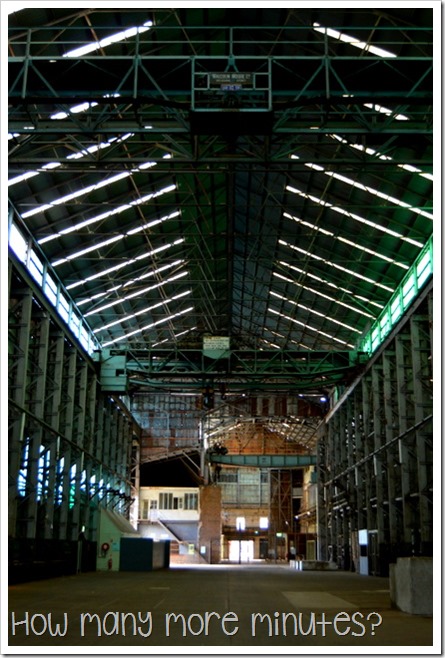 We found a sign saying that a scene from the movie Unbroken had been filmed here.  There were some pictures showing a snowy scene.  Probably the only snow this island has seen in the last century! 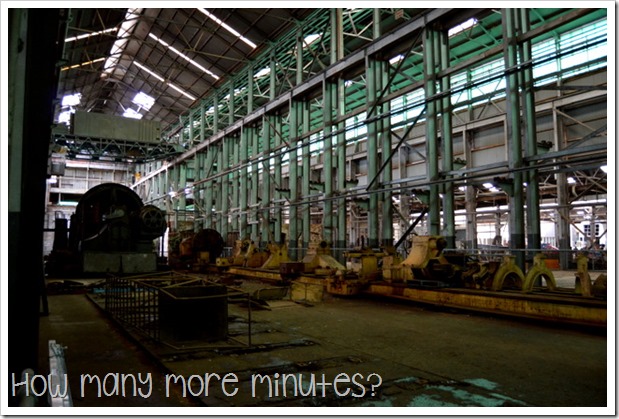 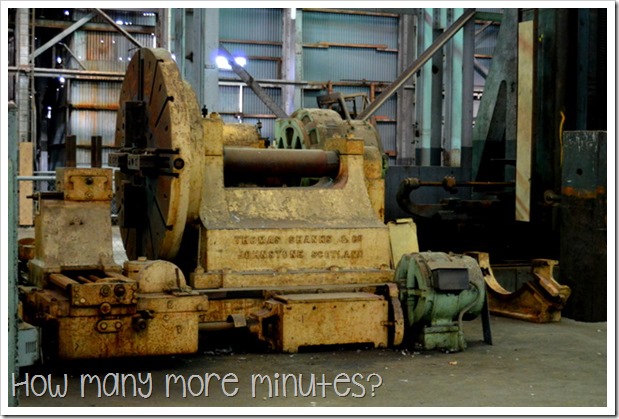 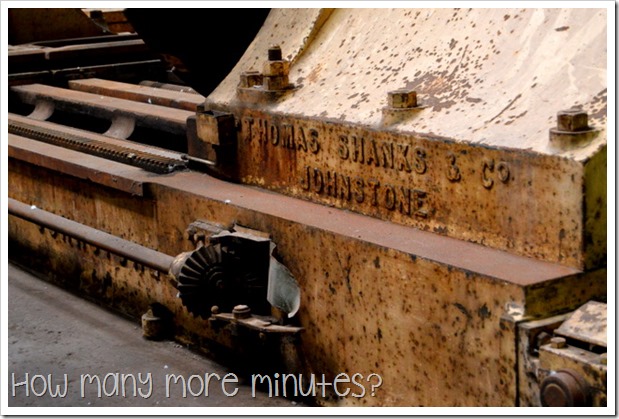 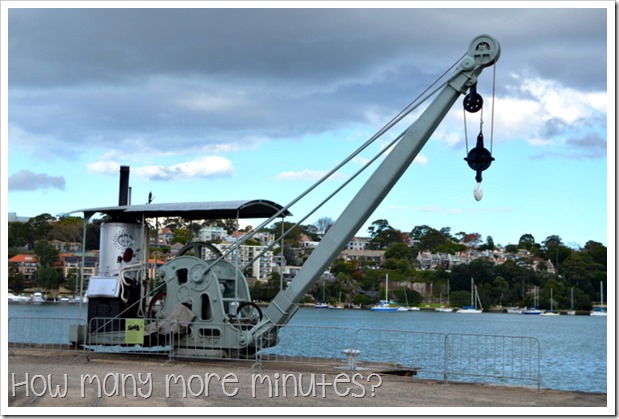 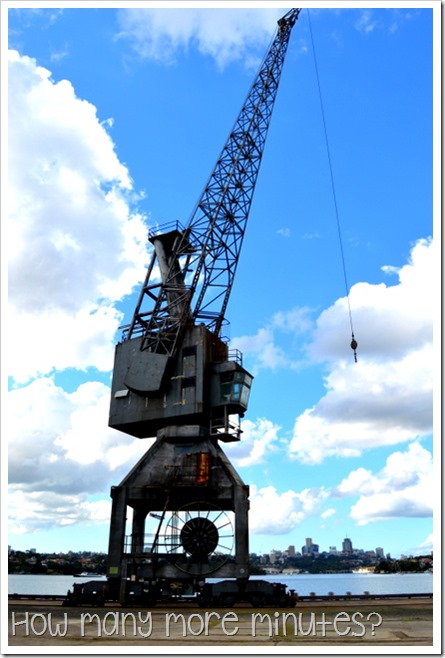 The kids got a little bored, but they managed to keep themselves occupied.  There’s an audio tour available, and a treasure hunt-type thing for the kids to complete.  We didn’t do either, because sometimes it’s nice to go to a place and just be there, rather than having everything be a huge learning event.  We wandered around and marvelled at the large buildings, imagining huge ships being built.  At the end we got ice cream, so they were happy. 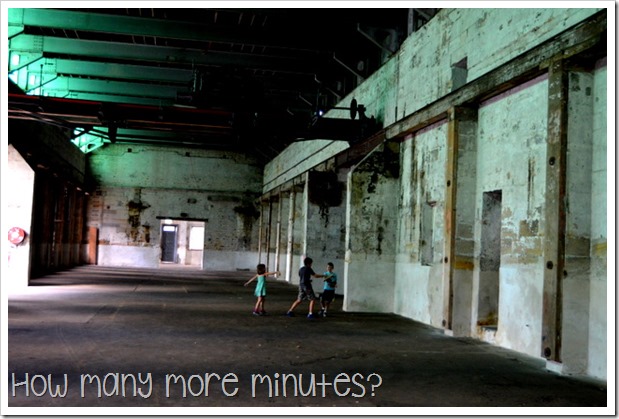 This kid looks older than his ten years in this picture.  I think it’s the graffiti hat.  It’s only when you look more closely that you realise it’s a Disney hat.  :) 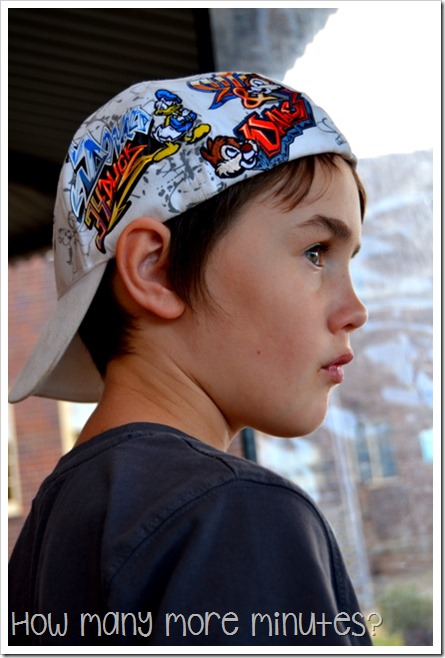 We wandered around the island for a couple of hours and then headed back on the ferry. 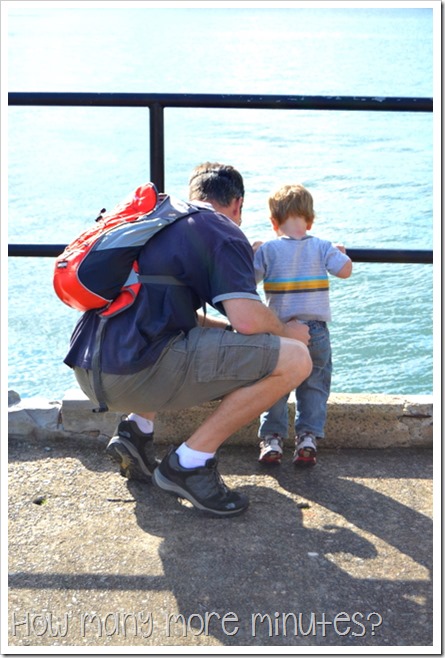 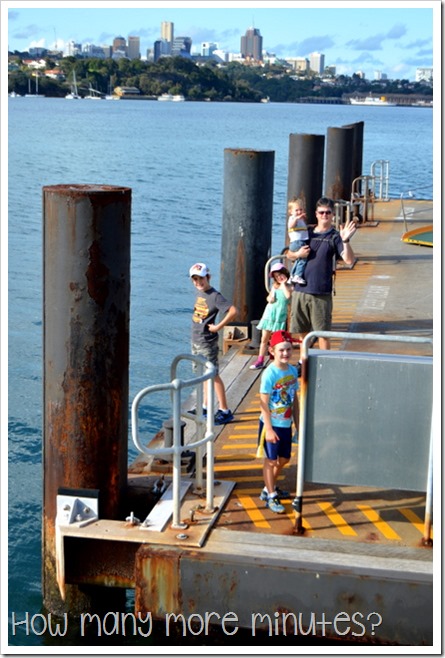 You can even camp on the island.  Or glamp (luxury camping).  I was surprised at the camping bit, I’m not sure why it would be a camping destination.  From the number of tents around it looked like it must get popular at times.  I’m sure many school groups visit here, we only saw one group of older students the day we visited.  It rained a bit, and it was windy, but we survived and had fun riding the ferry.  🙂