All I have to show for our time in Harrington are some pictures of the kids riding the go-carts at the caravan park we stayed in.  We were so tired after our time in Sydney that we didn’t do much of anything during our stay there.  This park was not busy and when the kids hired the go-carts they were allowed to have them for a couple of hours.  They had been nagging asking to ride them for two days straight, so it was very exciting to get them for more than the usual half hour or so.  We see these occasionally at various caravan parks (especially the Big4 parks) but since they cost money to hire them the kids don’t always get a chance to ride them. 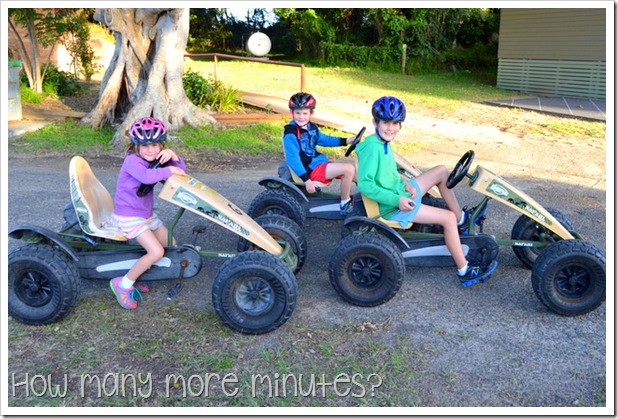 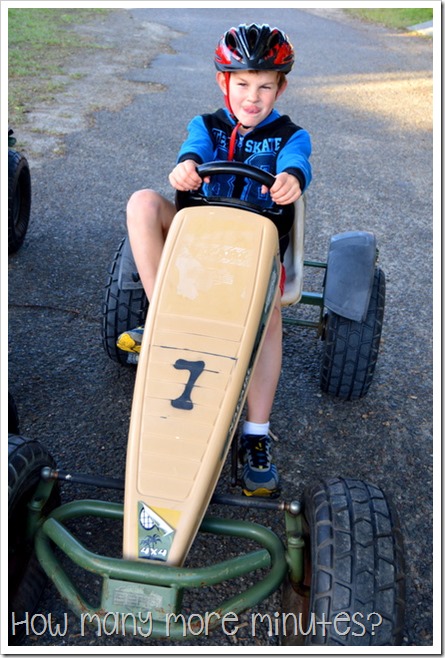 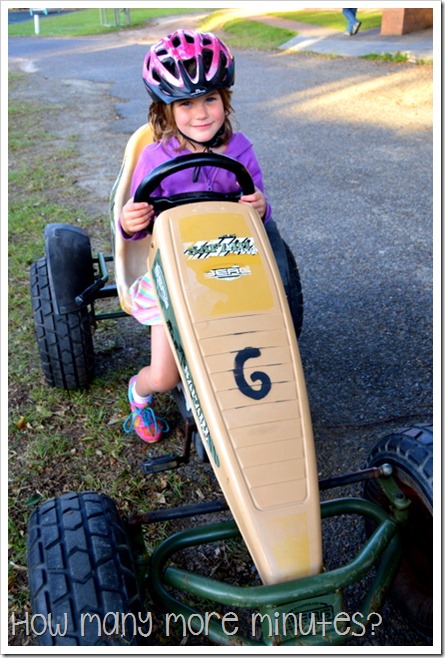 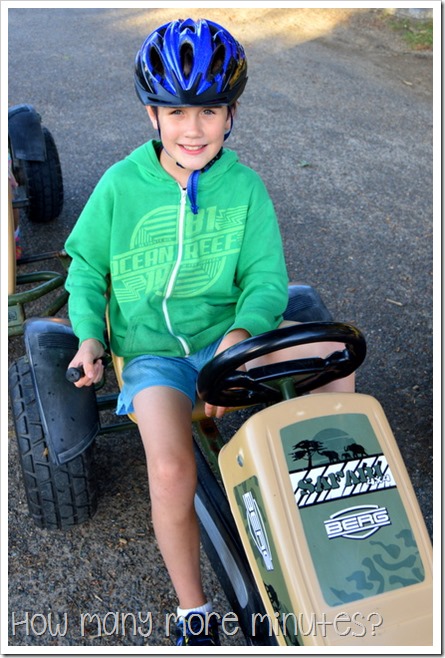 TurboBug absolutely can’t be left out of anything.  He knows how to say ‘mine’ and ‘mine turn’ so there is no stopping him!  He had to be the one driving, too.  🙂 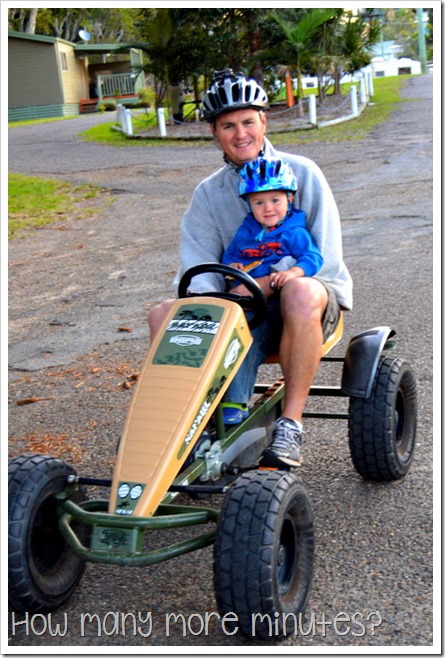 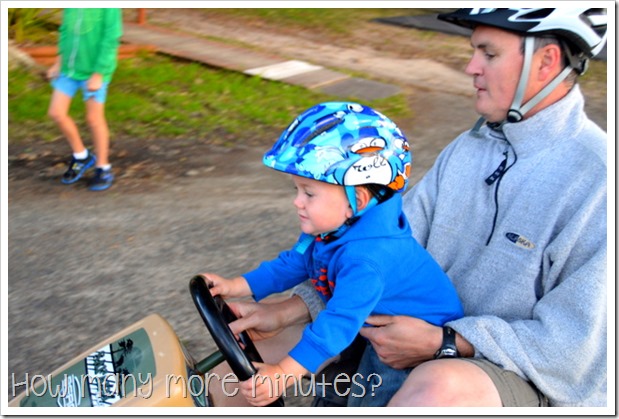 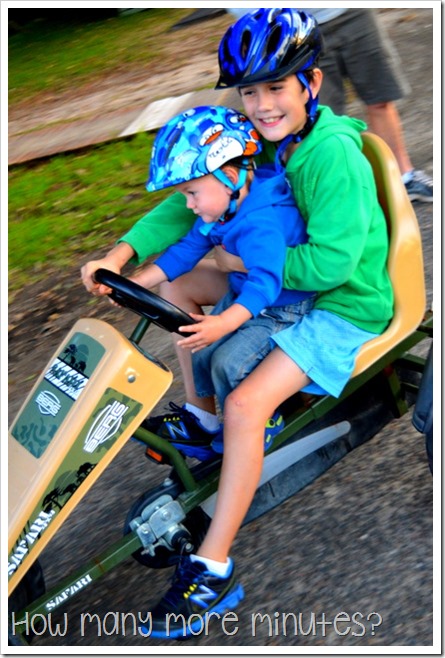 The beach was not easily accessible here, we were near a lagoon but beyond that a river separates you from the beach.  We walked down the path a bit and came to a popular fishing spot, complete with a long table and taps to clean your catch.  Directly in front of the table a group of pelicans, more than a dozen, waited ever so patiently for any tidbits someone might throw their way.  They were very close and we got to marvel over how big they are.  We watched as one or two asserted their dominance over the others.  Have  I mentioned I love pelicans?  I love pelicans.  They were so fun to watch.  The kids know how much I love pelicans and they are always pointing them out to me.  Pity I didn’t have my camera with me! This was the first caravan park we stayed at that had a waterpark.  We were so amazed to see it at the time, but we’ve learned that as you come north many of the bigger parks have them.  It was really too cold to spend much time at the waterpark, but the kids had a go anyway. We spent a few nights in Harrington recovering from our time in Sydney.  Then it was time to head north again! ETA: Just wanted to add another memory.  As we drove into the caravan park we went right by the jumping pillow.  TurboBug immediately started saying ‘pillow, pillow’ but it had been ages- months- since we’d stayed at a park with a jumping pillow.  I was so surprised that he remembered!  As soon as he stepped out of the car he ran there as fast as he could.  We had to watch him closely while we were there, even with that he still manage to head down there on his own a couple of times before we realised he was gone.  Thankfully it wasn’t a busy park.