After Coffs Harbour we went a bit north to a small town called Hastings Point.  We stayed at a lovely caravan park there, complete with a waterpark, indoor play place, and kids’ activities.  They had morning craft sessions and an evening disco on the weekend, great fun for the kids.  We met another family who were just getting ready to begin their journey around Australia.  They lived nearby and had just moved out of their rental house and into their caravan, putting their belongings into storage.  I felt for them, I remember how exhausting that whole process was for us.  But look at us now!  We are enjoying all these awesome places like Hastings Point, a lovely spot on the coast.  While we were there we went for a short bike ride and were greeted with this beautiful view of the river meeting the ocean. 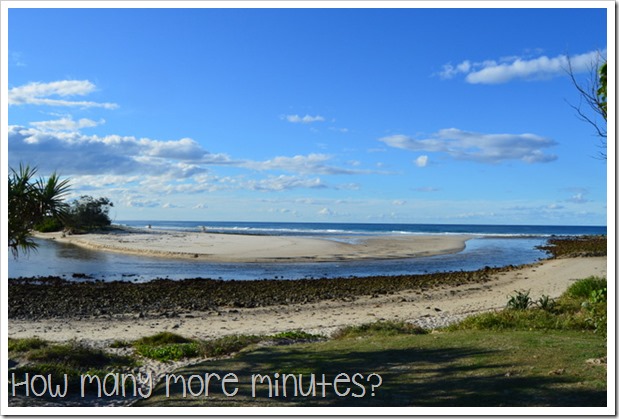 As I was taking pictures I suddenly realised there were people on horseback coming into view.  Horses, really?  Could it get more picturesque? 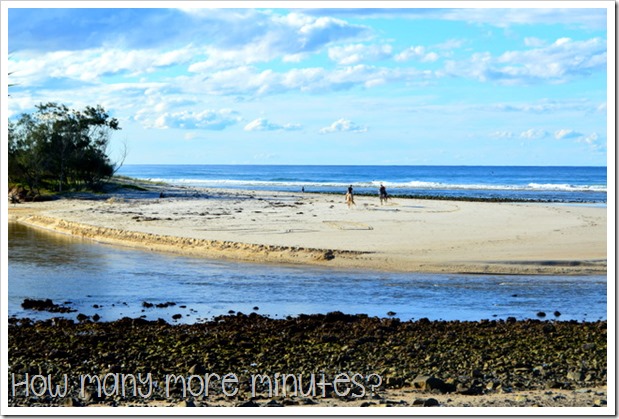 The big talk around town was the filming of the newest Pirates of the Caribbean movie.  Captain Jack Sparrow would be making an appearance over the weekend.  We joined the crowds to have a look at the set.  A huge whale skeleton was being erected on the coast. 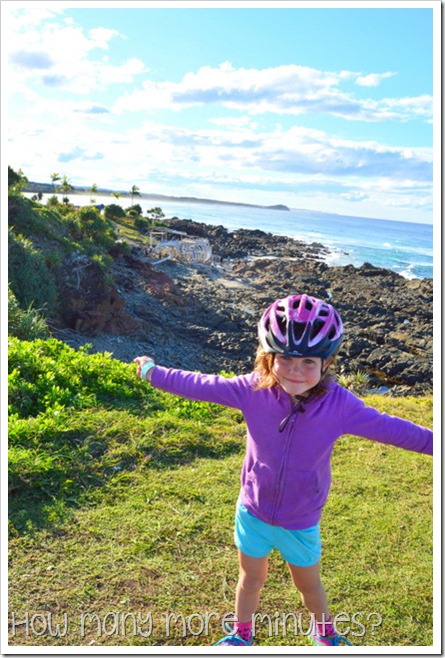 We could see the crew busy at work, moving the bones so they were in just the right position.  There was definitely an air of excitement in the crowd.  Lots of kids there, it was late afternoon and it looked like (from all the school uniforms) that many families had stopped by after picking their kids up from school.  While we were there taking in the view we spotted real, actual whales in the distance.  They were much more interesting than the fabricated skeleton in front of us! 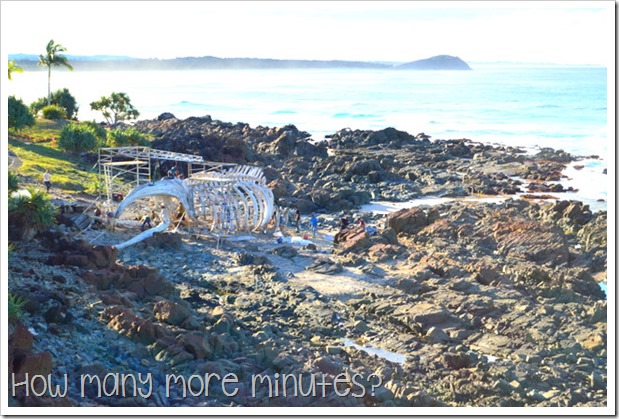 This was the view looking the other way.  Such a beautiful beach! 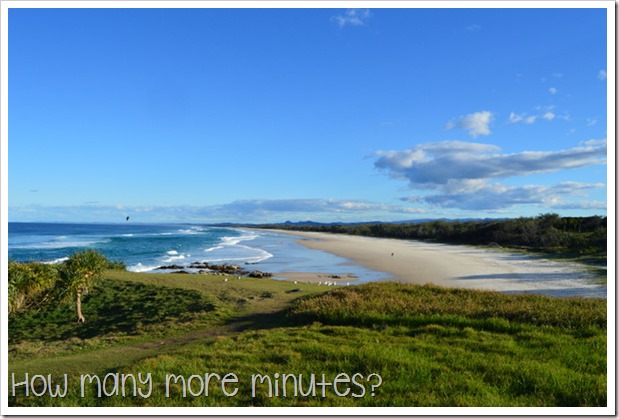 The timing of this was funny for us since we had just started listening to the music (from the first movie) with the kids.  They haven’t seen any of the movies in the series, but we all love the music! 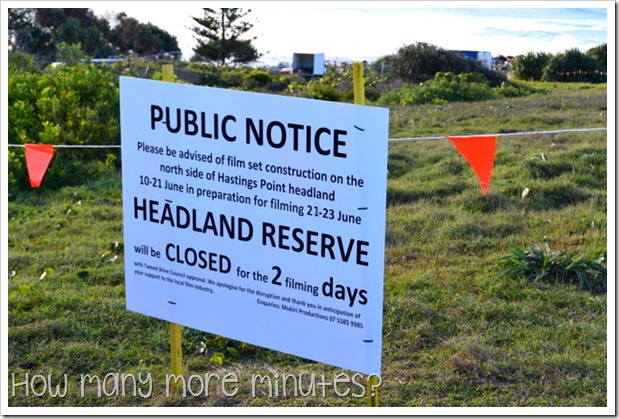 They had a section of the bluff marked off so you couldn’t get too close to things.  :)  All the tents were ready (and empty!), waiting for the arrival of the cast and crew in a few days’ time. 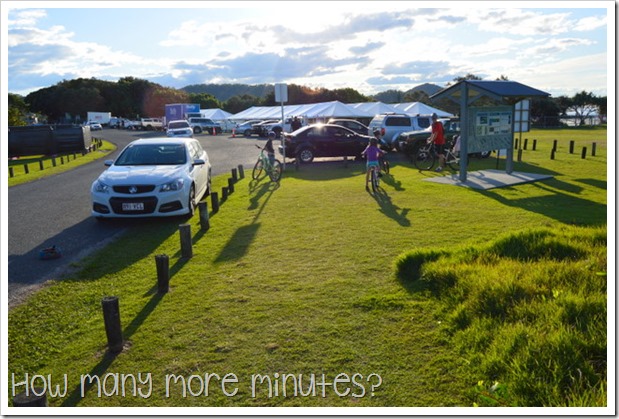 Soon we headed in the other direction and explored the beach some.  I love little toddler footprints on the beach.  You can tell he was running. 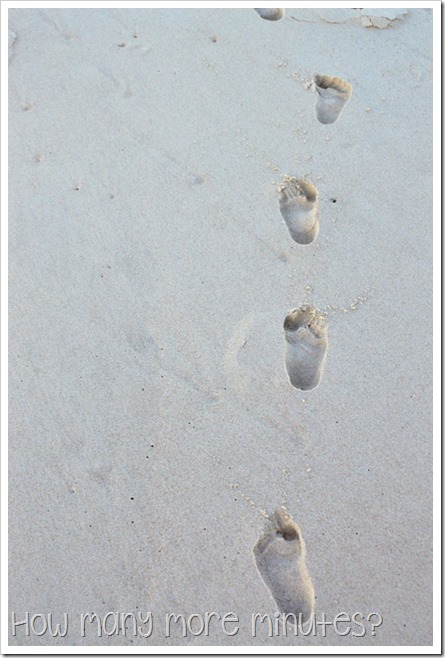 I asked SkeeterBug to put a footprint next to one of TurboBug’s.  I should have put one of mine next to his, those feet keep getting closer to my size! 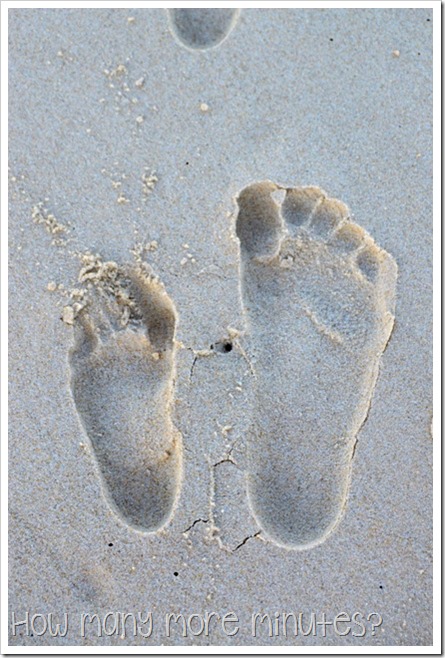 I realised these were the hoof prints of the horses we’d seen earlier. 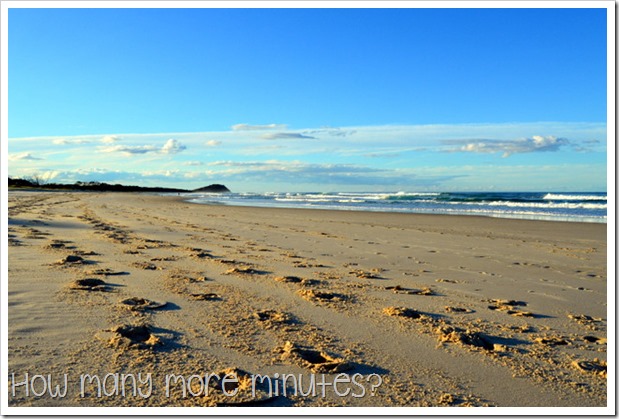 Excuse me while I include some lovely beach pictures in this post. 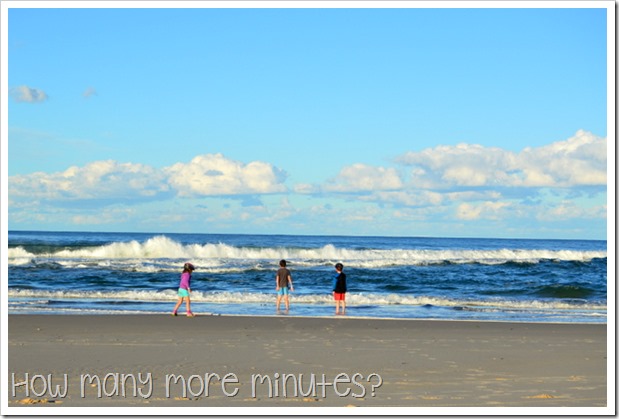 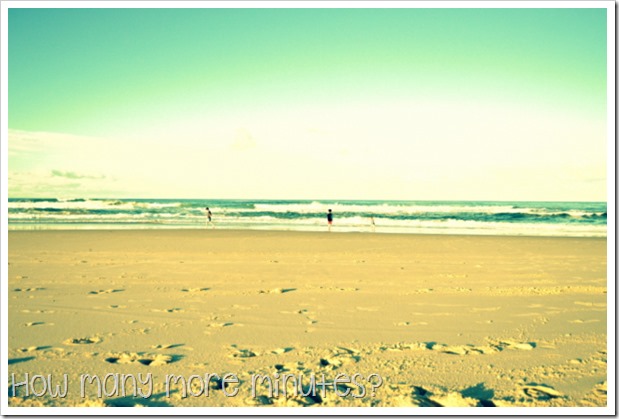 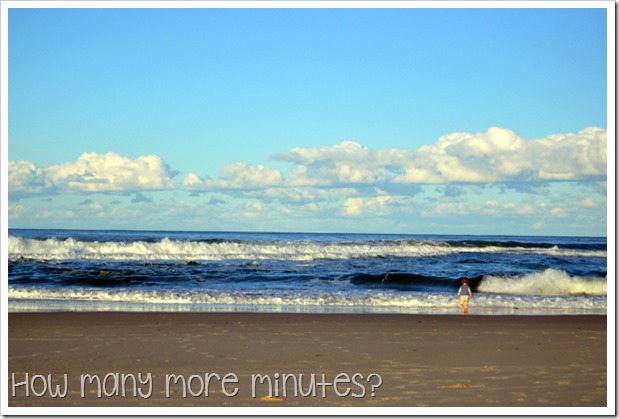 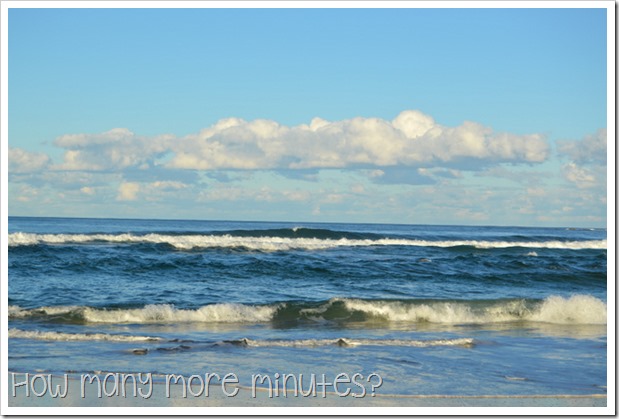 As we were leaving I waited for TurboBug to catch up to us.  He came running along the beach and saw me standing there with my camera and must have thought I wanted a picture.  He hunched down and grinned for me, not moving until I’d snapped a pic.  Cute! 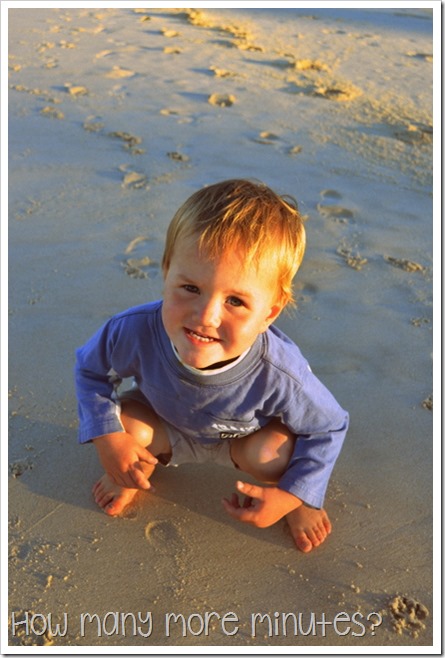 See that land in the distance?  That point?  That’s where the whale skeleton was. 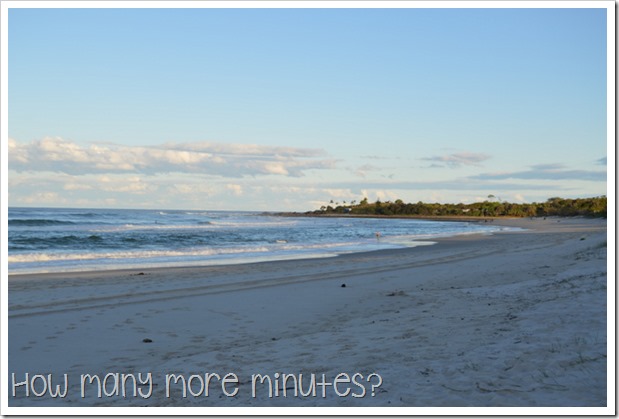 Look what I found, mama! 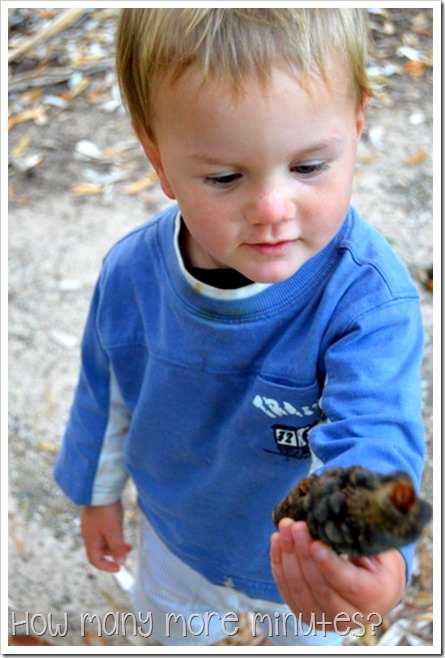 This was such a beautiful area, many small towns spread along the coast.  Each had gorgeous beaches and surfers galore.