Sydney Olympic Park is rather large! We’d read that there are something like 35 km of bike trails there, so we decided to load up the bikes and have a look.  It would have taken over an hour on to get there by train but less than thirty minutes driving, and there is plenty of parking there, so we decided to make the drive.  When we travel we have four bikes on top of the car and one, Ladybug’s, in the caravan.  Sean managed to squeeze hers into the back of the car along with TurboBug’s bike seat, and all our helmets, and all our swim gear (for a swim in the Olympic pool afterwards!), and all of us.  Phew! We hopped on our bikes when we got there and happened to see a video playing in front of the aquatic centre.  (After we finally found the aquatic centre!  The signs were a bit confusing.)  It was a video showing Cathy Freeman lighting the Olympic torch, and we watched the torch ascend the stadium during the opening ceremony of the 2000 Olympic Games.  Perfect timing, since right down the road was the Olympic torch!  Not lit anymore, of course, but it had a water feature during the ceremony and they kept that feature as part of its permanent home in the park. 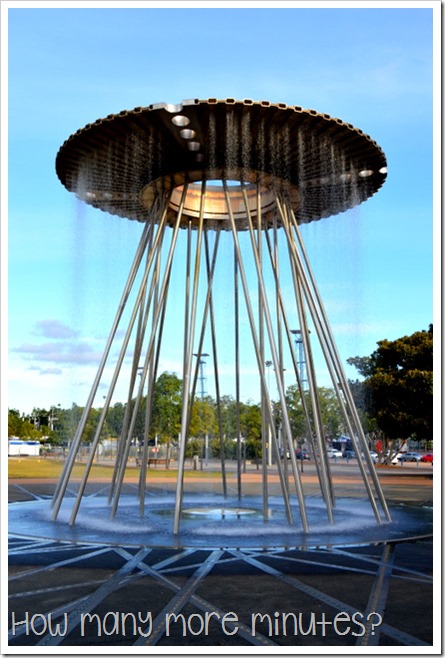 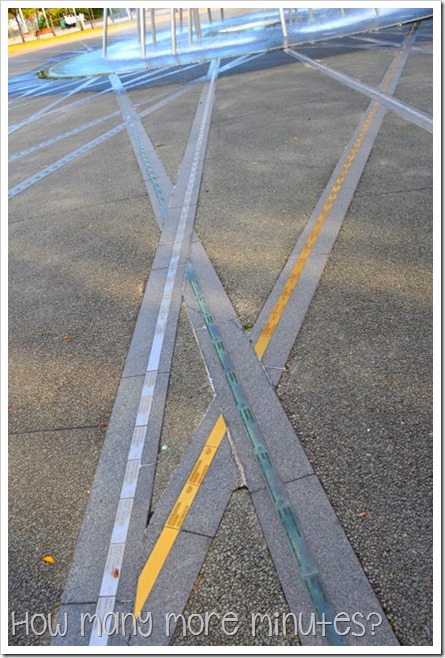 They’re even coloured in gold, silver, and bronze.  The bronze has discoloured from exposure to weather.  It looks like there is one for each person awarded a medal, so for each team medal there is an individual spot for each person. 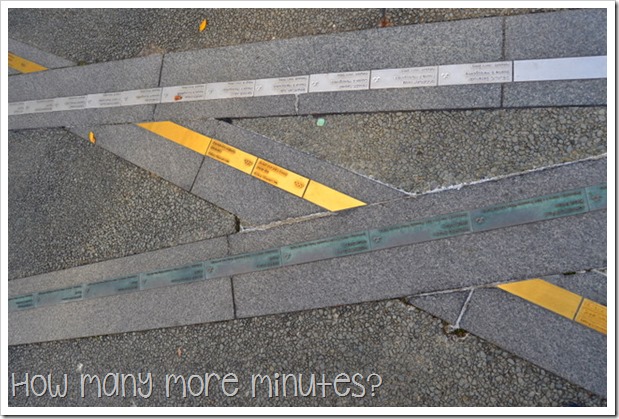 I looked down and happened to see Ian Thorpe’s name.  I’m sure I would have found his name recorded a few more times if I had looked. 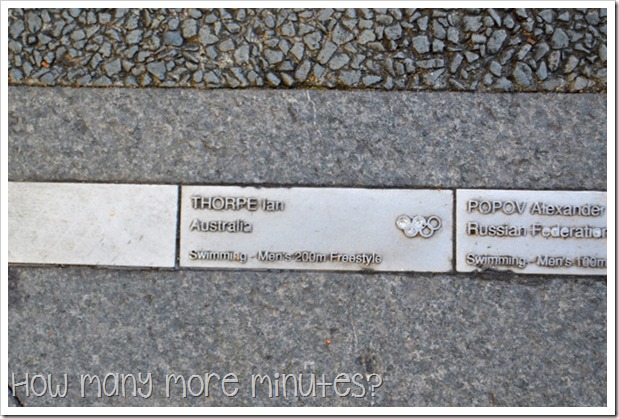 We made our way to the BMX track.  That was definitely exciting for the kids! 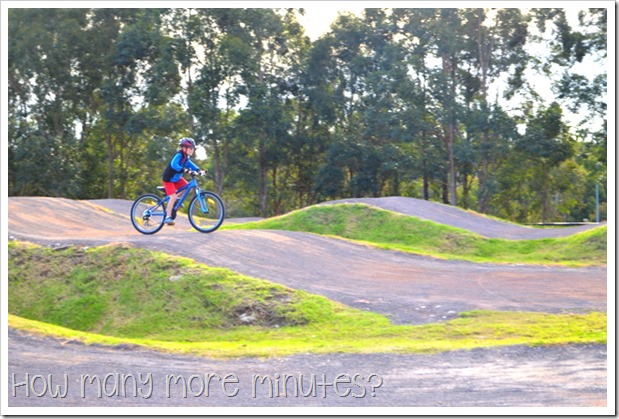 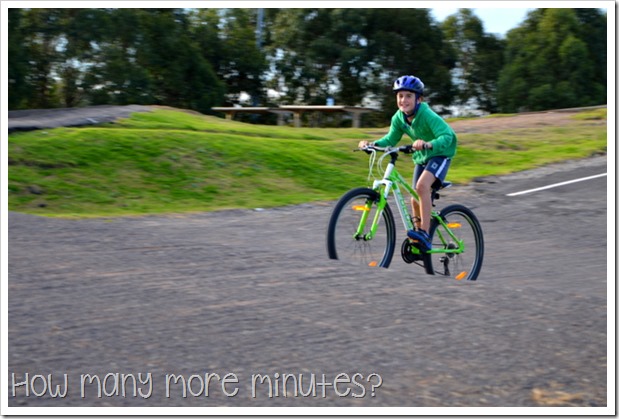 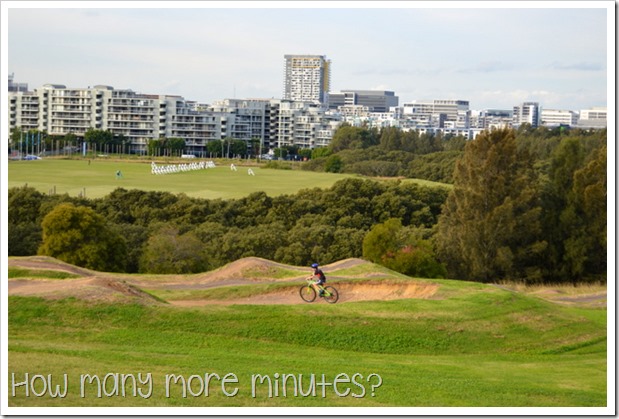 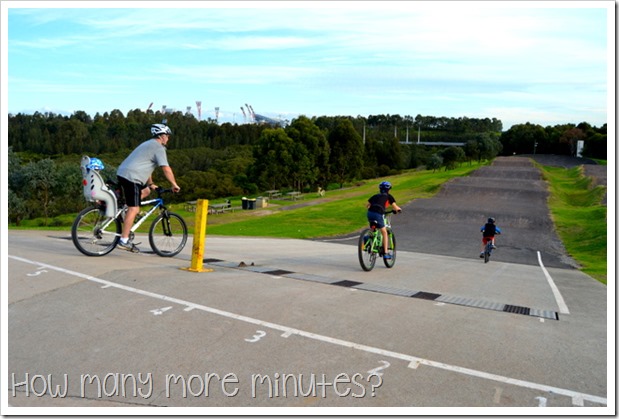 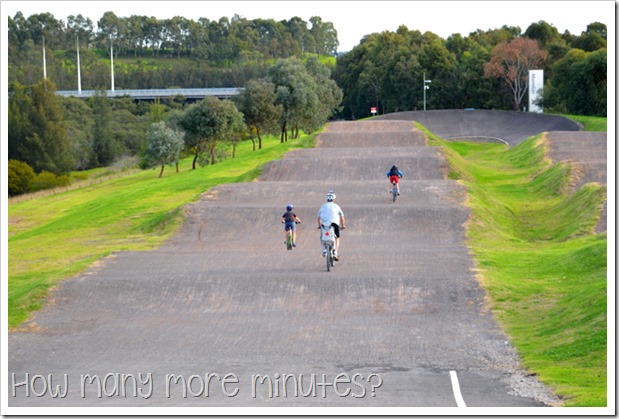 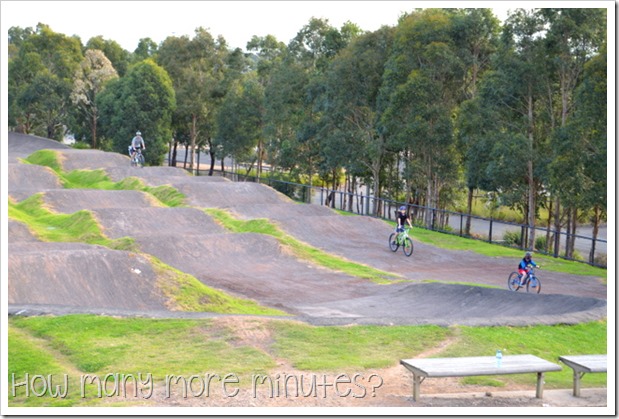 LadyBug had a go, but couldn’t quite make it up one of the bigger hills and crashed.  No fun.  After the BMX track we went to the aquatic centre, which was really big and really fun.  There was a great waterpark section that we had a blast on.  It even had mini-waterslides which TurboBug could go down, and a big one for the rest of us.  We could see the big Olympic pool and the diving boards, and all the stadium seating.  We were lucky we didn’t come the next day as we discovered that was the first State of Origin rugby match which was being held in the arena at the park.  They were setting up various tents and food spots.  It would have been crazy the next day.  There are heaps of activities going on at the park, what an amazing venue for Sydneysiders!