A deer crossing sign is one I don’t see very often in Australia.  This one seems to be meandering across the road, while the ones on the signs in America are generally leaping across.  :)  The only place I remember seeing any deer in Australia was in Halls Gap in the Grampians.  You certainly don’t see them often here, so seeing a sign for them is interesting to me and is one to add to my collection of roadsigns. 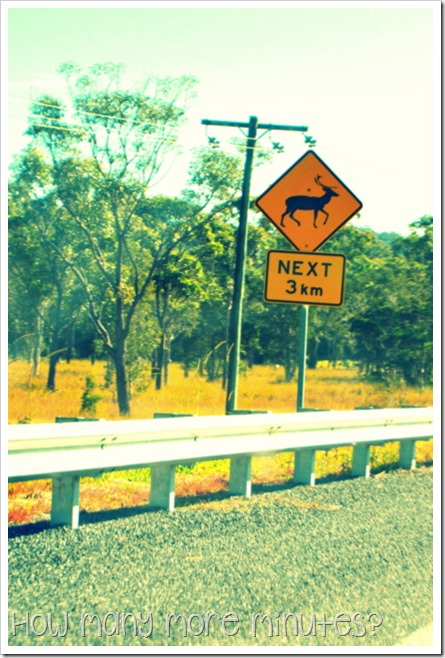 While we were in the Port Macquarie area we made the visit to the Tacking Point Lighthouse.  A storm was brewing and we were lucky to find a parking spot, with only a small roundabout with some parking in it.  Just next to it Lighthouse Beach (such a creative name!).  It looks beautiful with those rough waves coming in and the dark, stormy sky. 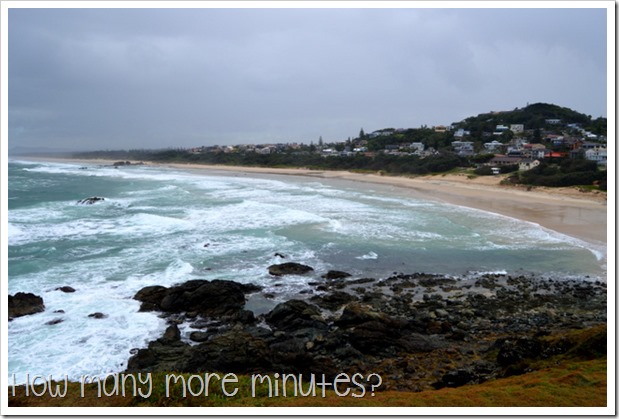 It was Matthew Flinders that mapped the coast in this area and ‘tacked’ off this point, thus the name. 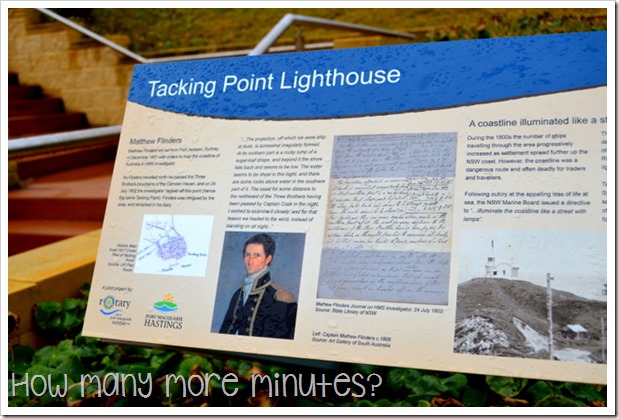 This lighthouse has been classified by the National Trust.  I’m not sure what that means, but I did find this marker. (There seem to be different organisations for classifying various sites.) 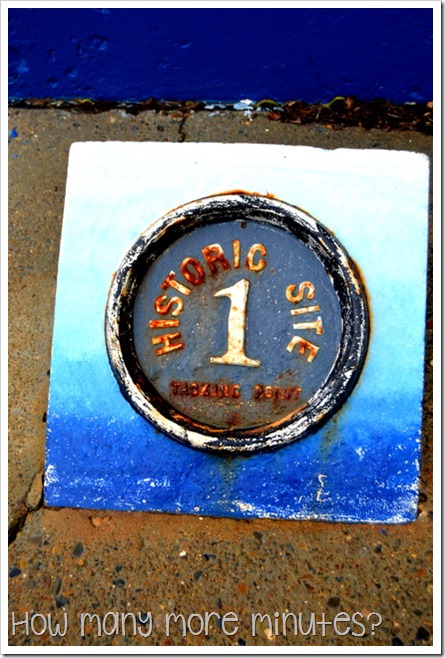 This is such a cute little lighthouse.  So well kept.  It was built in 1879.  There were heaps of people there despite the storm but with a little patience I managed to get some pictures without anyone in them.  I love this first one with the stormy sky in the background.  We’re not trying to see all the lighthouses on the coast or anything, but if there’s one nearby that’s easy to get to then we make sure to have a look.  Sometimes we find treasures like this one. 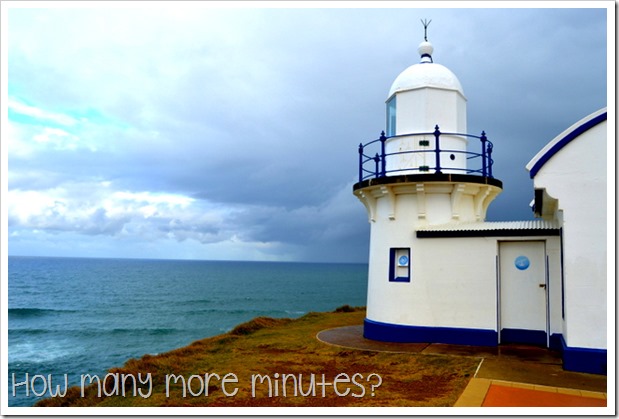 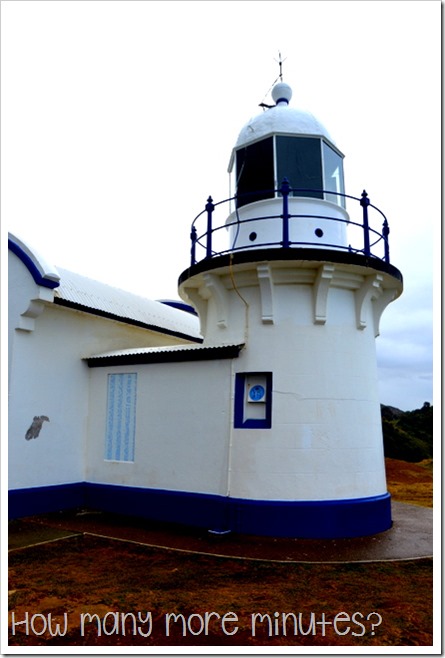 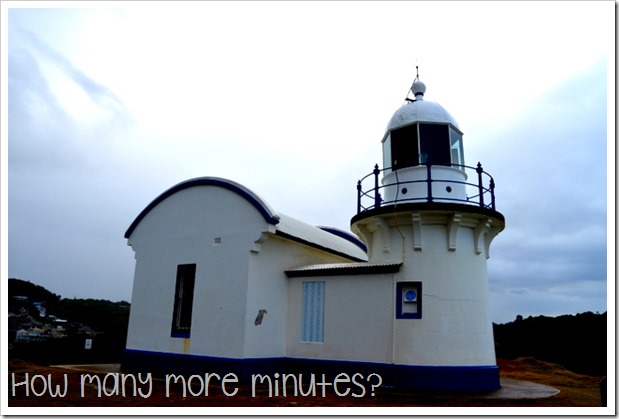 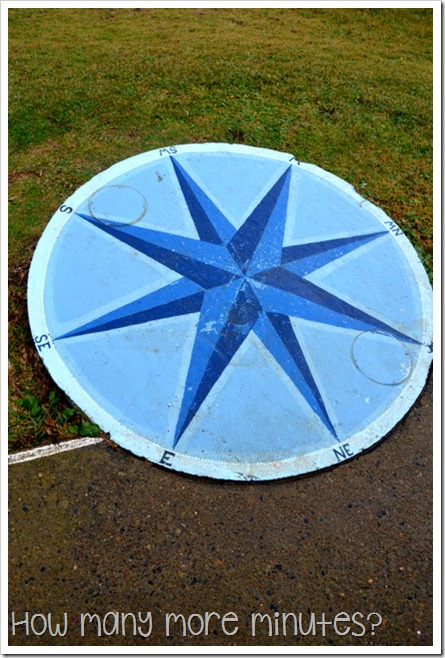 Because of the storm coming in, the kids didn’t even get out of the car at this lighthouse.  That’s okay, they don’t have to be interested in every lighthouse we see.  They just have to play along for mama’s sake sometimes.  :)  We came here after we visited the Sea Acres Rainforest Centre, which is enough for one day. 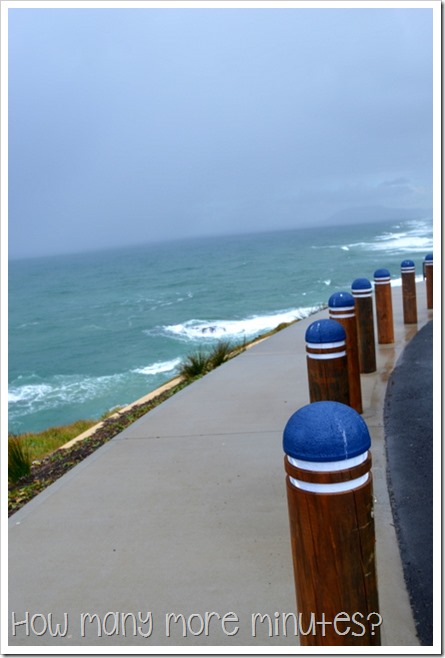 There’s a platform here perfect for whale watching.  I did see someone with binoculars on the platform that day, but I don’t think they saw anything.  We didn’t know it then, but whale spotting was in our near future. 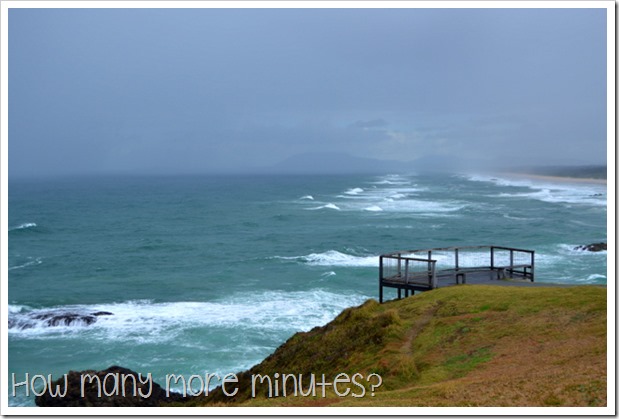 There’s that rough sea again.  We didn’t last long after this picture since the rain started coming down and it got very windy.  Hard to even see the mountains in the distance.  Another lighthouse was not far in our future.  🙂