In Western Australia there are heaps of outdoor cinemas.  It seems that every town has one.  We found out that in Perth there was a good old-fashioned drive-in theatre that often plays family movies during school holidays.  We’d been comtemplating seeing the new Star Wars movie while in Perth but it was going to be pricey and we weren’t sure what to do about the younger two, it looked like Sean would be taking just the older boys.  We were so pleased to discover that the drive-in would be featuring both the new Pixar film and the new Star Wars movie after Christmas.  We couldn’t believe the price, just $35 for all of us for both movies!  We planned to get there about an hour and a half early as we’d read it can fill up quickly on the weekend.  A last minute check of the website had us rushing as they’d upped the time from the prior week’s movies.  We still got there with nearly an hour to spare and the place was at least half full at that point.  We were happy with our spot and settled in with some snacks and played a Star Wars Trivia game that Santa had brought us.  (These are not the greatest pictures, I know.) 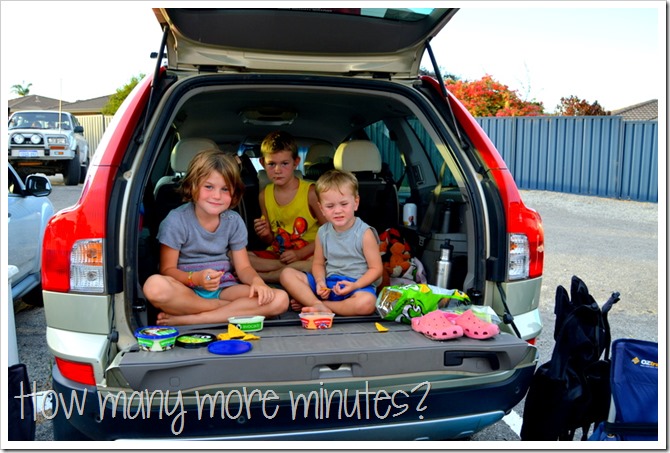 Why are you taking my picture?  I am trying to enjoy my snacks here. 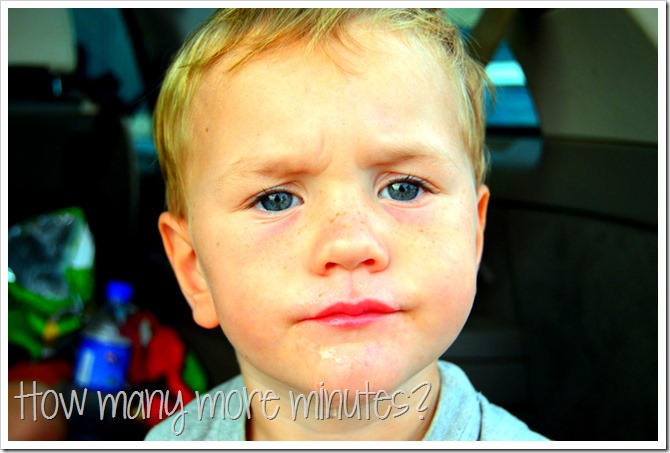 If I smile will you leave me alone? 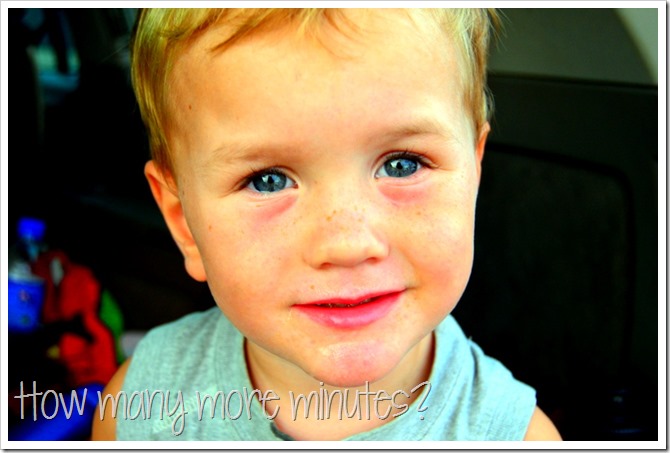 When it was time for the movie we got the kids all situated in the back.  They all settled in quite contentedly with no arguments or anything. 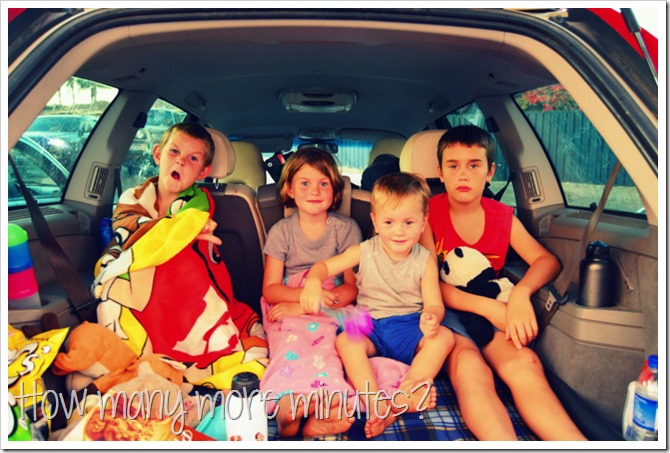 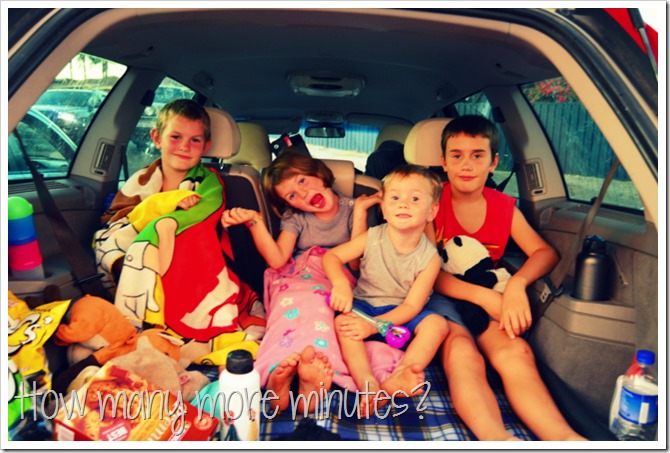 We watched the beautiful sunset and the listened to the kids ask when the movie would start.  The may have asked a few dozen times. 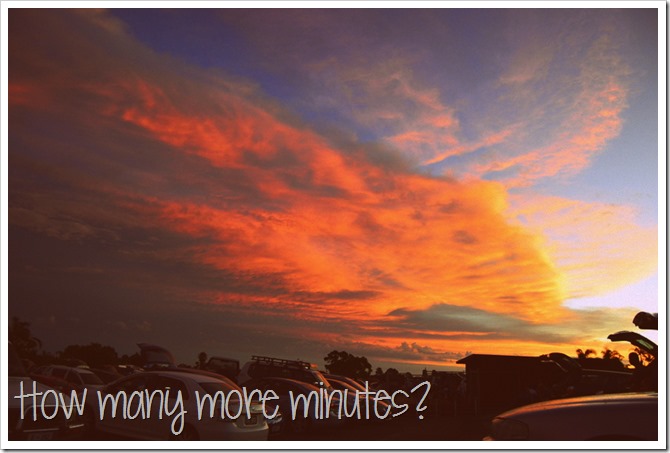 Finally it was time for The Good Dinosaur.  Which we survived and it was fine but I don’t ever plan to watch it again because it was just quite blah.  The kids thought it was funny in parts and would surely choose to see it again. 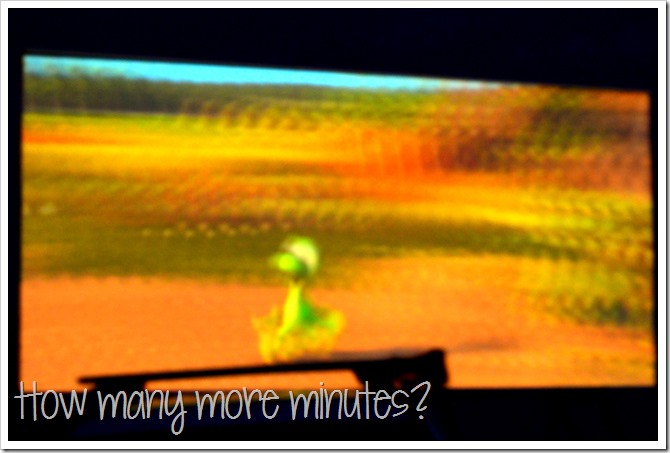 Then finally after a very short intermission (surely the length of the intermission is determined by a man who has not seen the length of the line at the ladies’ toilet) it was time for The Force Awakens.  It wasn’t long before TurboBug was out for the night, and though LadyBug hadn’t been sure she wanted to see the movie she did just fine with it in the drive-in environment where she could ask questions or have a cuddle if needed.  The boys were rapt and we all enjoyed the movie.  I’m not enough of a Star Wars fan to care too much about all the details but I found it entertaining enough and especially enjoyed that the kids enjoyed it.

I just googled to see if there are any other drive-ins in Australia and it looks like there are a few more but it’s hard to tell which are true drive-ins and which are outdoor theatres.  This one in Perth may be the only one our kids ever make it to!  It probably meant more to us adults than the kids, but I hope they will remember having gone to the drive-in while on their trip around Australia.