We had been looking forward to the Perth Mint for a long time, ever since our visit to the Canberra Mint back in May.  So it became the first tourist attraction we visited in Perth and we decided we’d take the train to get there.  We weren’t sure what parking would be available and we have a toddler who really, really wanted to ride the train.  In Perth the train track runs down the centre of the freeway and he saw it as soon as we got into town. 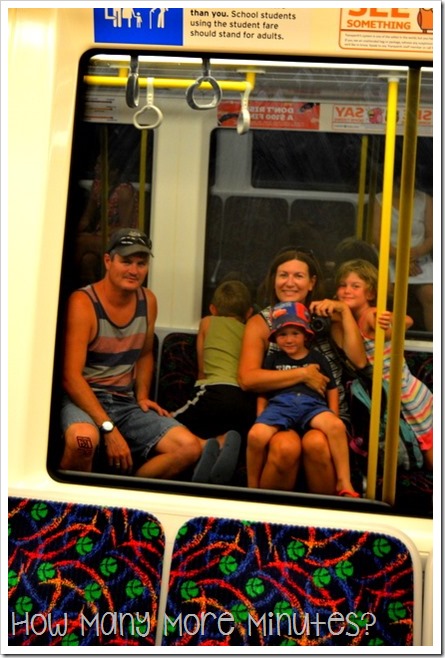 We only had to go a few stops and then caught one of the free buses in the CBD.  It was a very hot day so we thought we were doing well to choose an indoor attraction, but using public transportation still made for a very warm trip into town. 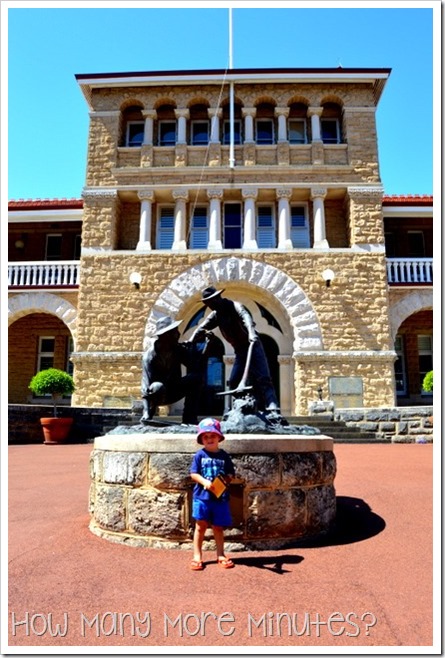 Photography isn’t allowed inside the building, so you’re about to be treated to all the pictures I could take outside.  :)  See the double archway at the entrance?  We learned that back when the mint was first built the workers had a separate entrance to the family that lived in the residence upstairs. 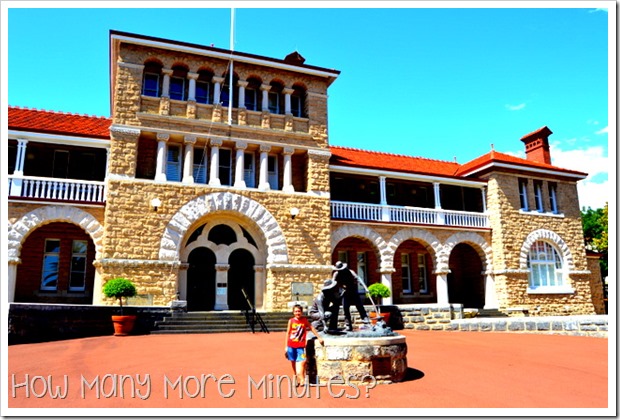 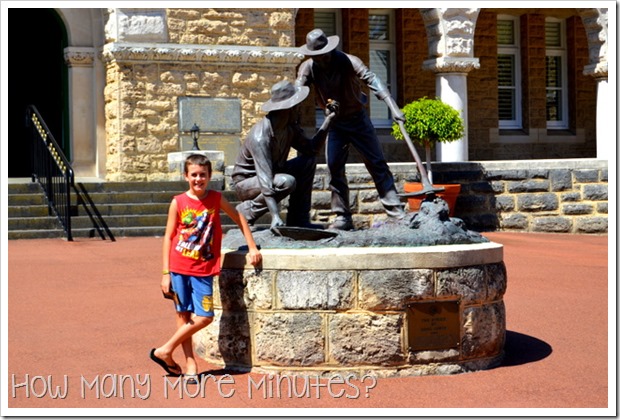 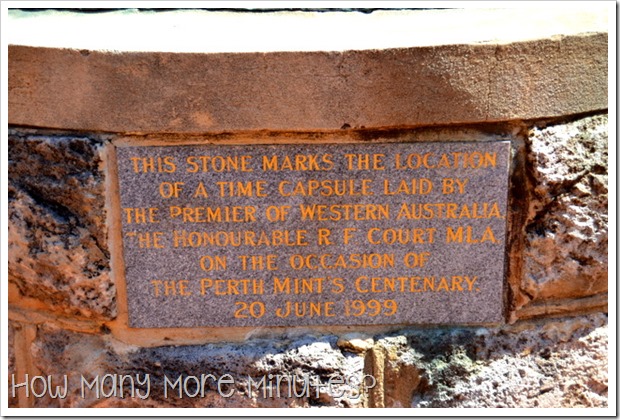 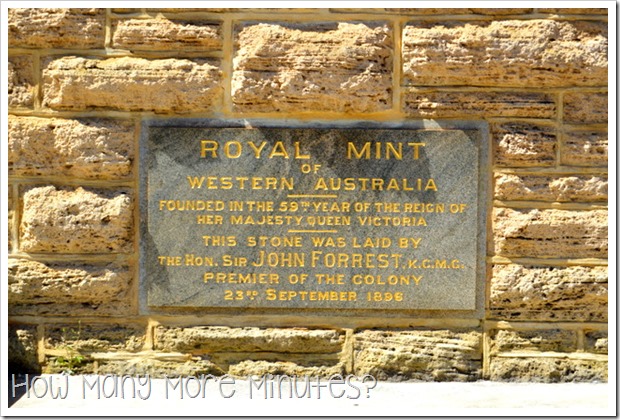 They offer a tour that included a talk on the history of the gold rush in the area.  The first part of the tour was outside where they had replicas of very large gold nuggets that had been found.  They were huge!  The stories of how they were found and the history of the mint were quite interesting.  After the tour the kids wanted pictures of all the nuggets.   I was surprised how busy it was, our tour group was quite large even though it was just a few days before Christmas. Now for the numerous pictures of my children holding replicas of giant gold nuggets. 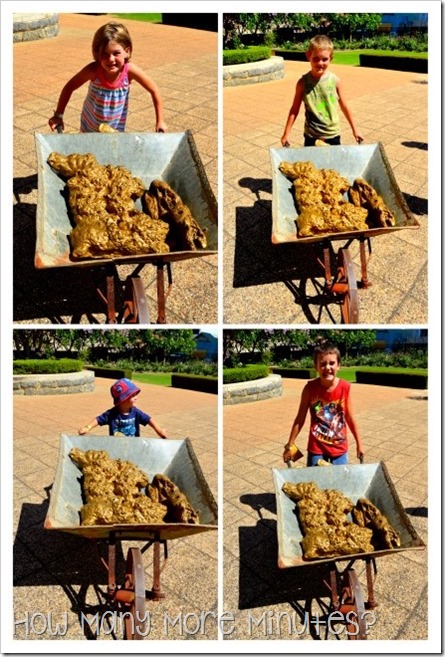 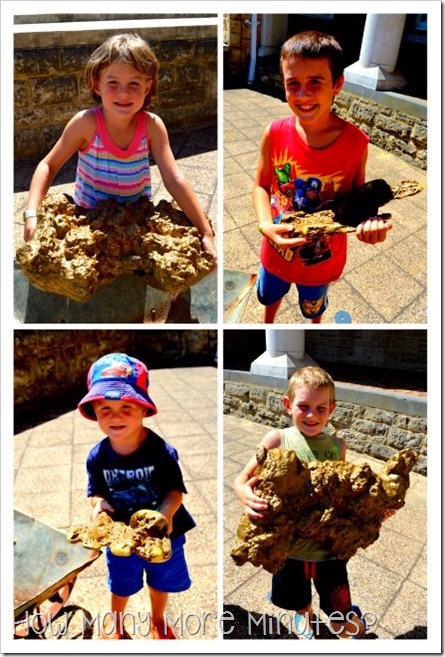 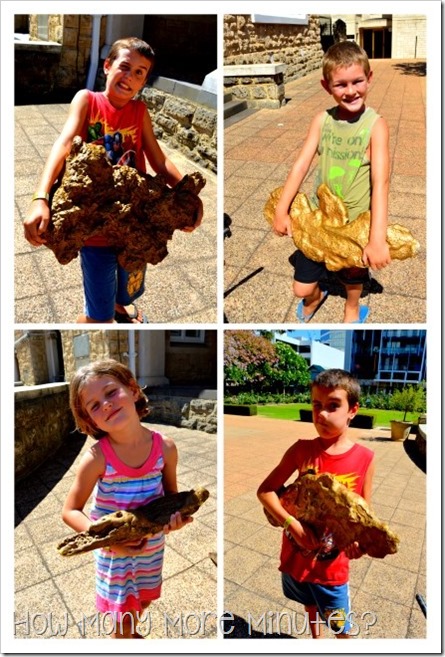 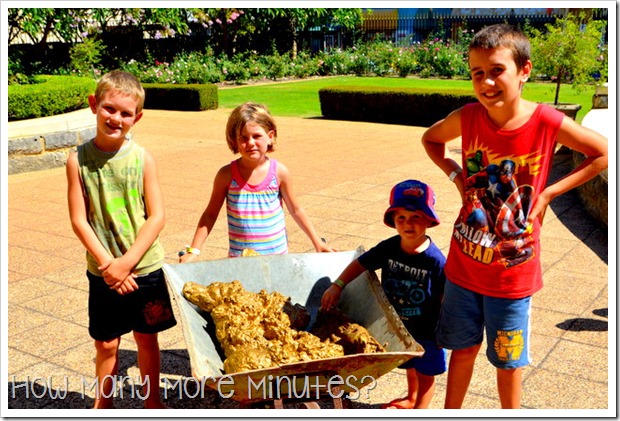 After the tour you have access to the displays to look around as much as you want.  There’s all kinds of things to look at including numerous gold nuggets and coins.  They’ve also got the biggest coin in the world, a 1 tonne gold coin made in 2012.  It’s huge at 80cm in diameter and 12cm deep, it really weighs a tonne (which I’ve only recently realised is different from a ton, I thought it was just the spelling!) and though its face value is $1 million it’s worth more like $53 million at current market value.  Every night it descends into a vault, if you are there for the last tour of the day you can watch it be put away for the night. 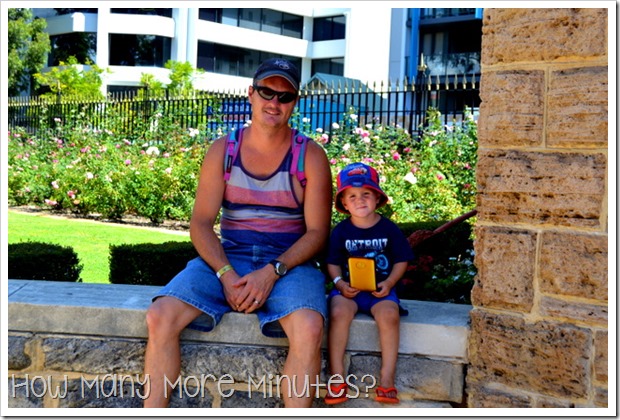 Even the wristbands were gold, nice touch.  There was a jewelry store on site and we were happy to see some Kimberley pink diamonds like we’d seen in Kununurra.  They also sell specialty coins, some of them are so beautiful.  The Canberra mint has a better selection of coins and a lot more detail about how they are made.  We were happy to see the Han Solo coin, just in time for the new Star Wars movie. 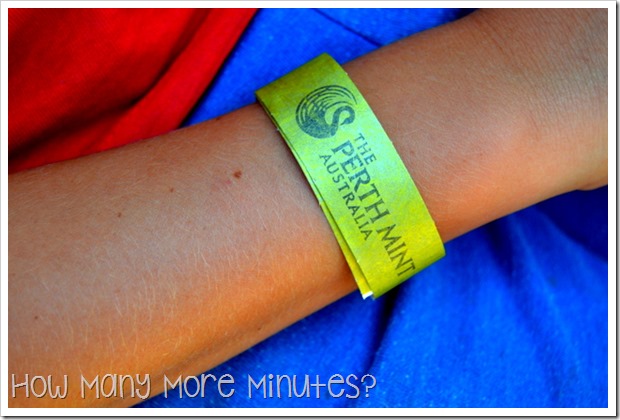 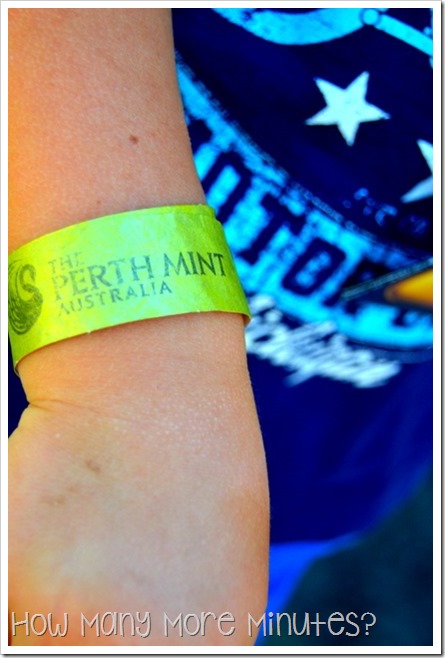 The absolute best part of the tour and the part that made it very much worth the visit was the gold-pouring demonstration.  It’s done in the original melting house and they give you all the history as you watch.  Hundreds of thousands of dollars worth of gold had been embedded in the walls and ceiling over the years.  We watched as the tour guide carefully pulled the gold out of the oven and poured it into the mold.  He’d obviously done it many times and was very comfortable with the process.  He talked about the temperatures and whatnot, touching it while the gold bar was still hot and lighting his gloves on fire.  At the end he placed the bar back into the oven and it was only seconds before it was fully melted again.  He told us they’d been using the same gold bar for this demonstration for the last eighteen years! 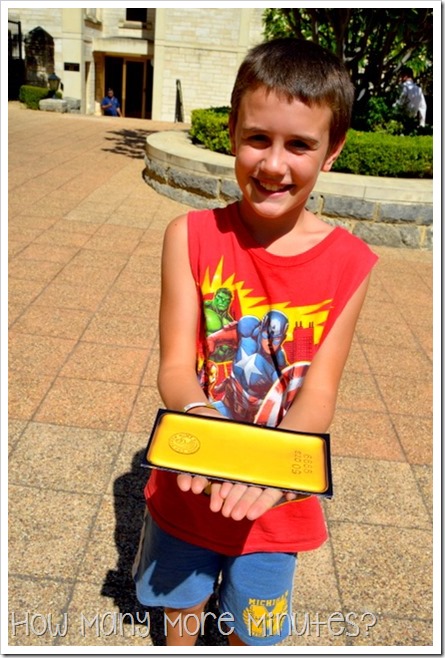 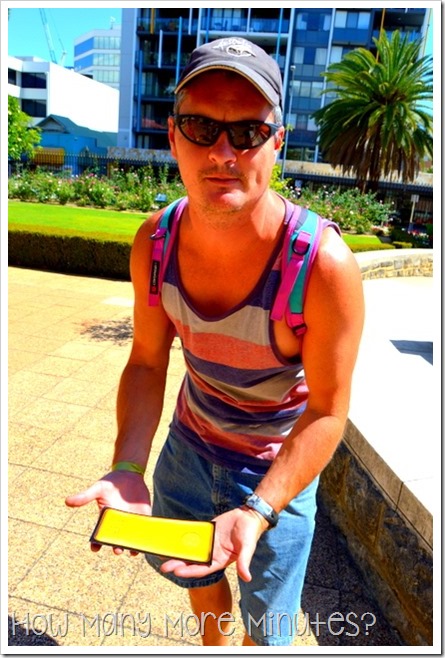 We also enjoyed the scale where you could find out if you’re worth your weight in gold.  We all weighed ourselves and it told us how much we’d be worth at current gold prices.  There’s also a gold bar you can lift, it was a bit tricky as they have it secured very well inside a box and you can’t lift it very high.  It was pretty heavy and not all of the kids could lift it. And finally, some random pretty flowers on the grounds at the mint. 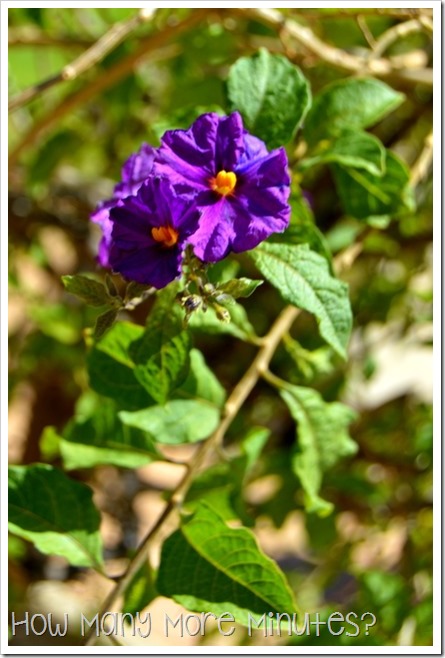 Across the street was a coveniently-located coin shop.  It carried many of the coins from the Canberra mint that the Perth mint didn’t have in their shop so we stopped in for a look. I imagine they do good business there.