Cable Beach is one of those famous beaches in Australia.  White sand for ages, warm water…it’s too perfect. 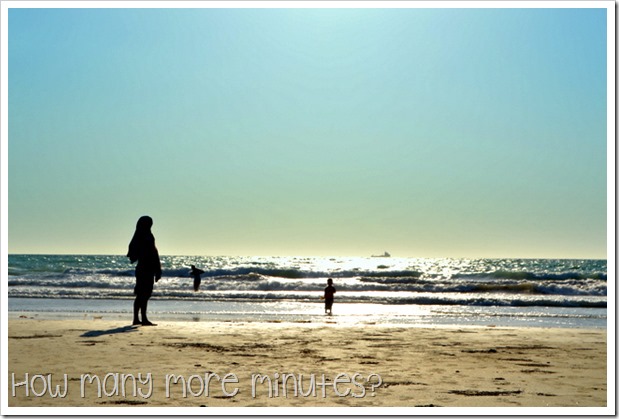 We hadn’t been to the beach in ages.  We’d had a nice sunset in Darwin, but no beach play because, well, it was Darwin.  Croc country.  So we hadn’t had a proper beach day since…somewhere on the east coast.  Months. (Do you feel sorry for us yet?) Our first visit to Cable Beach had little TurboBug (2) sooooo excited.  There are steps leading down to the sand, then a long walk to the water.  I was lagging behind with him and he didn’t make it past the bottom of those steps.  He immediately had his shovel in the sand and was filling up his bucket.  He needed lots of convincing to go any further. 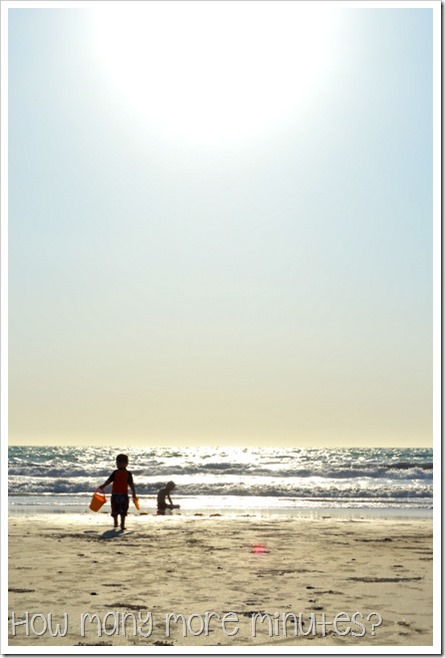 Meanwhile the rest of us were fighting off seagulls!  They were not afraid to explore our belongings when our backs were turned.  The kids kept trying to scare them away but they’d just hover in the air nearby, not intimidated in the slightest! 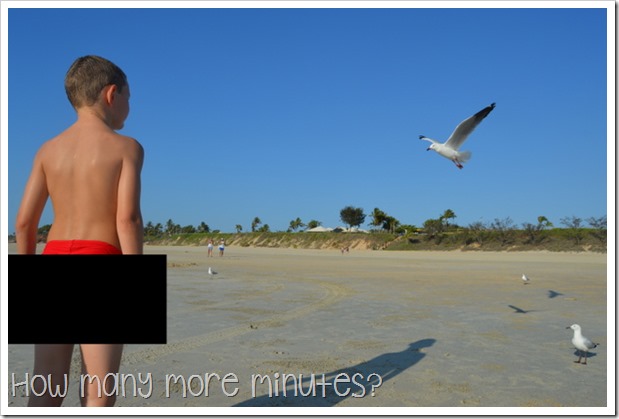 We came back another night for the sunset.  We rode our bikes and stayed up on the grassy part with a good view of the beach. 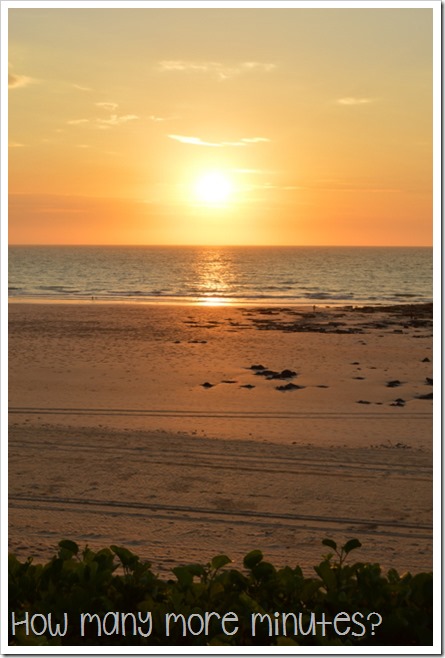 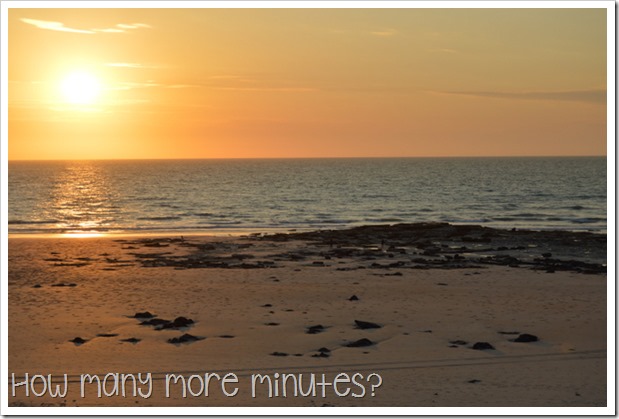 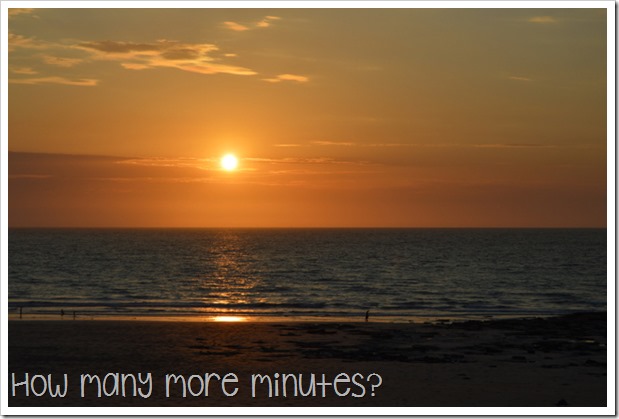 Plenty of seagulls in the evening as well.  We see so many missing a foot or a leg, like this one that was hovering above us.  We’d taken sandwiches with us that evening and the birds were very hopeful. 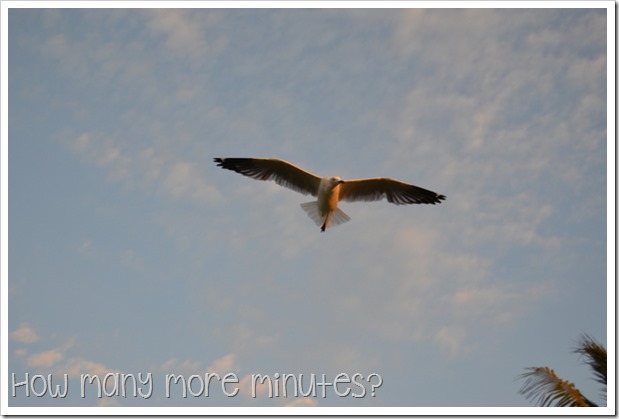 I’m always drawn to these statues of locals.  I wondered if this man, Lord McAlpine, was still alive because there was no date of death but he died just last year.  He invested much money and time in the town in the 1980s, believing Broome could be a good tourist spot.  He was given the honour of ‘Freeman’ by town leaders just a couple of years before his death.  I wondered what it meant to be a freeman, a search reveals that the term originates with serfdom, of granting respected citizens their freedom.  It’s still bestowed as a title of honour. 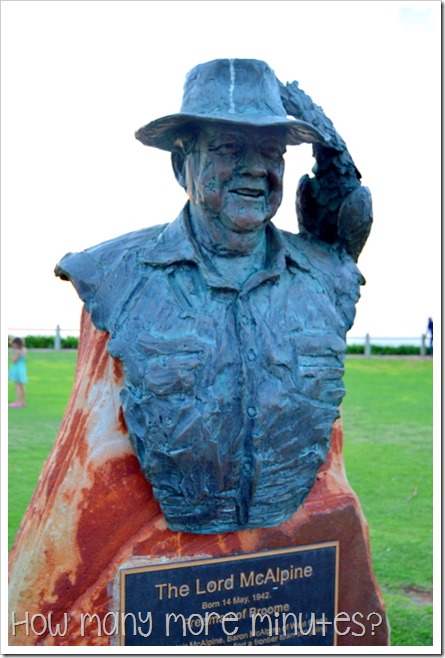 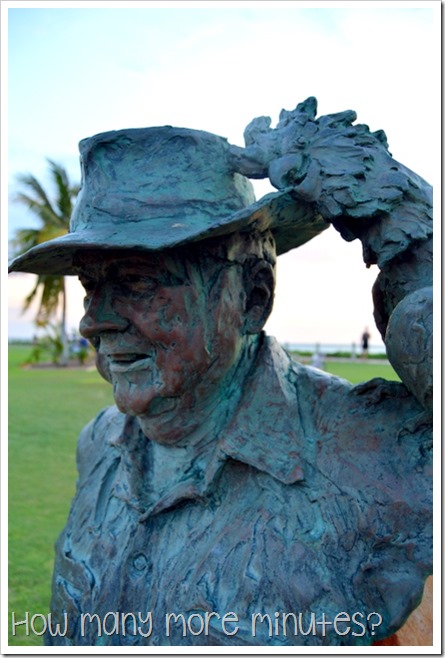 Meanwhile, on the beach… 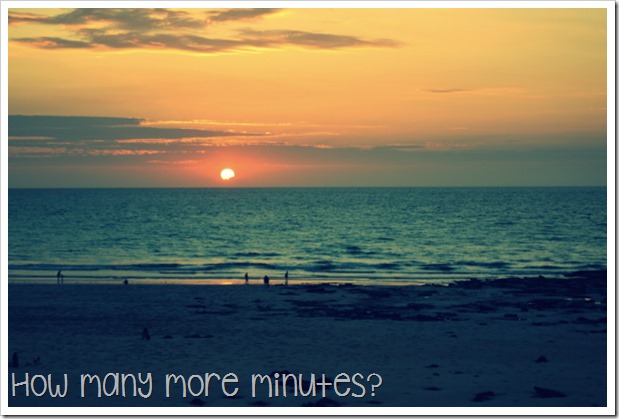 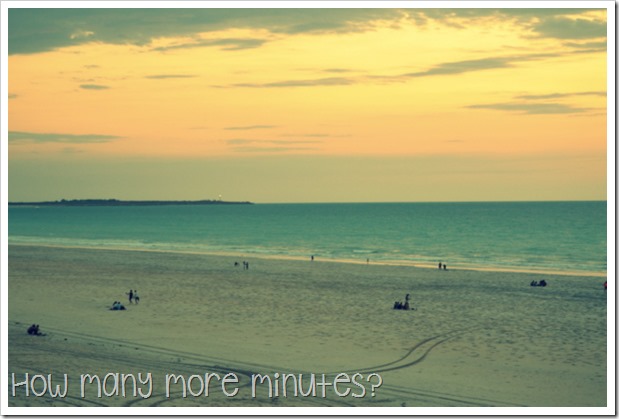 After sunset we saw the camels in blue heading back to their home.  Camel rides on Cable Beach are one of those iconic Australian experiences in Broome.  They walk the camels right down the sidewalk, all the tourists happily snapping pictures along the way.  There are also camels who wear red, and others who wear yellow.  I promise these camels aren’t on their own though it kind of looks like it from the pictures!  They are all tethered together and they’ve done the route many times.  There is someone at the front to clear the way and at the back to keep them in line.  The camel bringing up the rear even has a light on the back to make them easier to see after sunset.  I missed getting a picture of the camel roadsign in Broome but that’s okay, I got the one at Uluru.  🙂 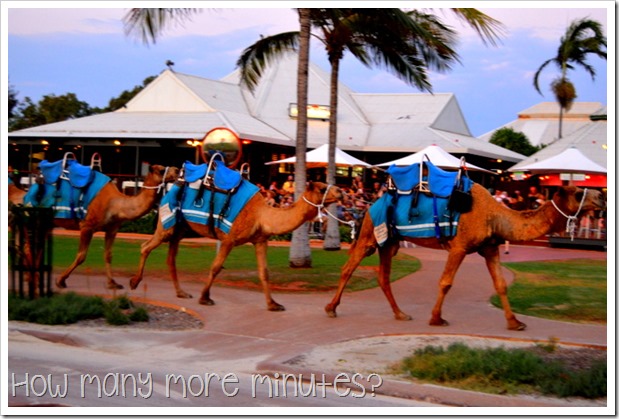 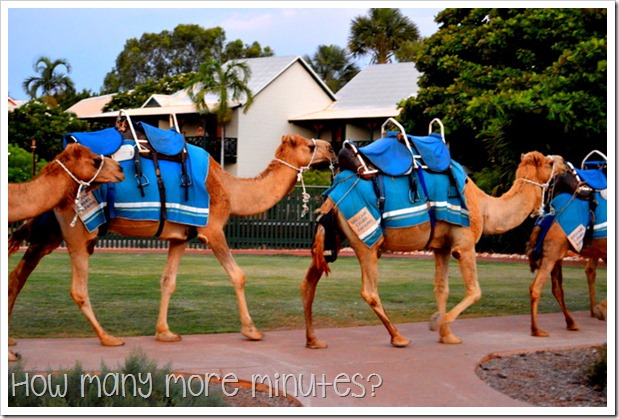 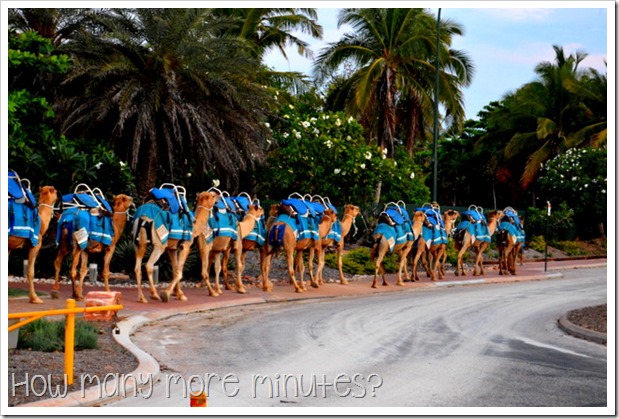 A camel ride was in our future, but back to that beautiful sunset for now! 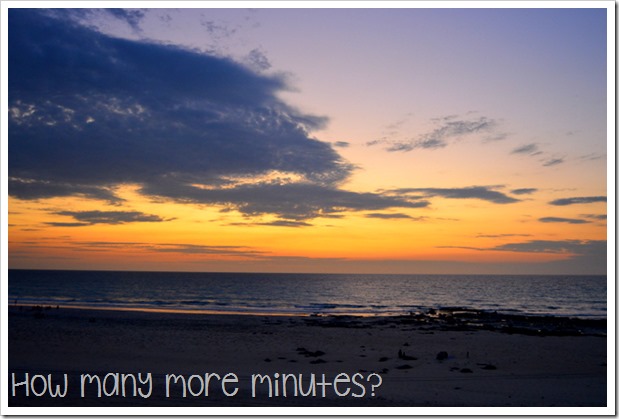 These sunsets in WA are spectacular.  We are spoilt to get to see so many of them.